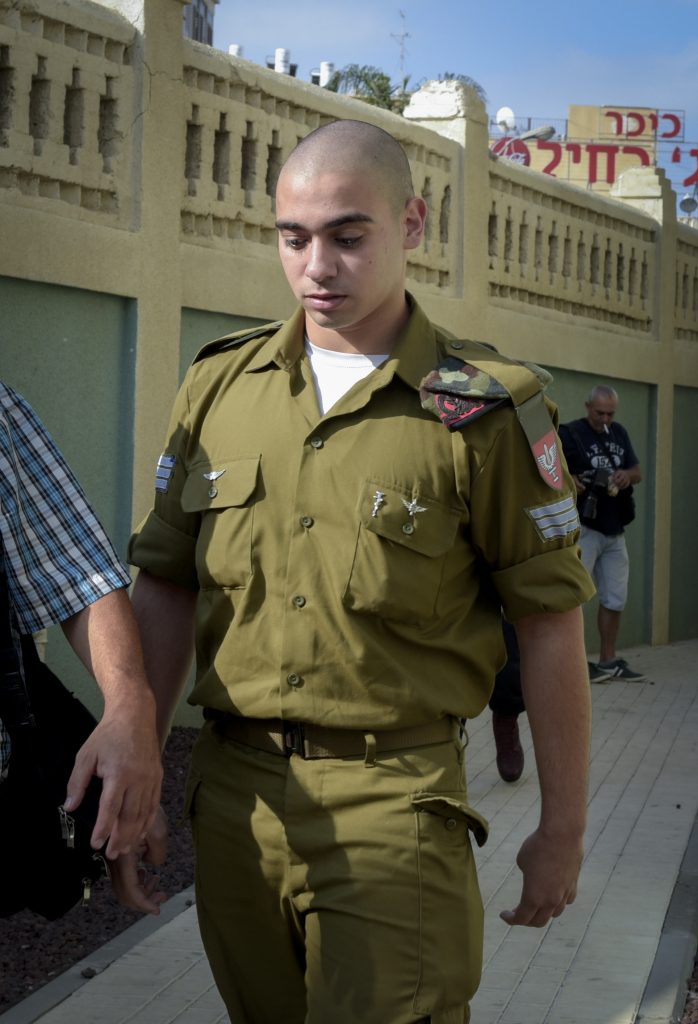 YERUSHALAYIM – In a dramatic development in his trial for manslaughter, Sgt. Elor Azaria accused his commanding officers of lying to the military court about the incident in which he killed a Palestinian terrorist who had been incapacitated, The Times of Israel reported on Monday.

During his cross-examination, Azaria told the court that the officers had deliberately omitted important information in their testimonies. Azaria alleged that his company commander, Maj. Tom Na’aman, had omitted key facts and “lied on a few points.”

Na’aman has given damaging testimony against Azaria, disputing the latter’s claim that he thought the terrorist, who was lying on the ground when Azaria shot him, still might have posed a danger to the soldiers standing nearby.

He testified that the man was disarmed and posed no threat, and that after shooting him, Azaria told Na’aman: “This terrorist was alive and he had to die.”

Meanwhile, controversy swirled around the trial outside the courtroom. Ilan Katz, attorney for the defense, charged to Arutz Sheva that politicians have exploited his client’s plight, trying to take a free “ride on this case.”

But Katz promised he will bring ranking IDF officers to testify on behalf of Azaria.

Defense Minister Avigdor Liberman echoed Katz’s criticism on Monday, saying that politicians should let the military court do its job and not “decide [Azaria’s] fate” on their own.

“The political echelon, and especially the defense minister, must not be allowed to decide the fate of the soldier, all the more so before the legal process has ended,” he said in an apparent reference to comments made by his predecessor Moshe Yaalon, who made pre-trial comments indicating he believed Azaria to be guilty.

Azaria will face questioning by the prosecution for a third day on Tuesday.