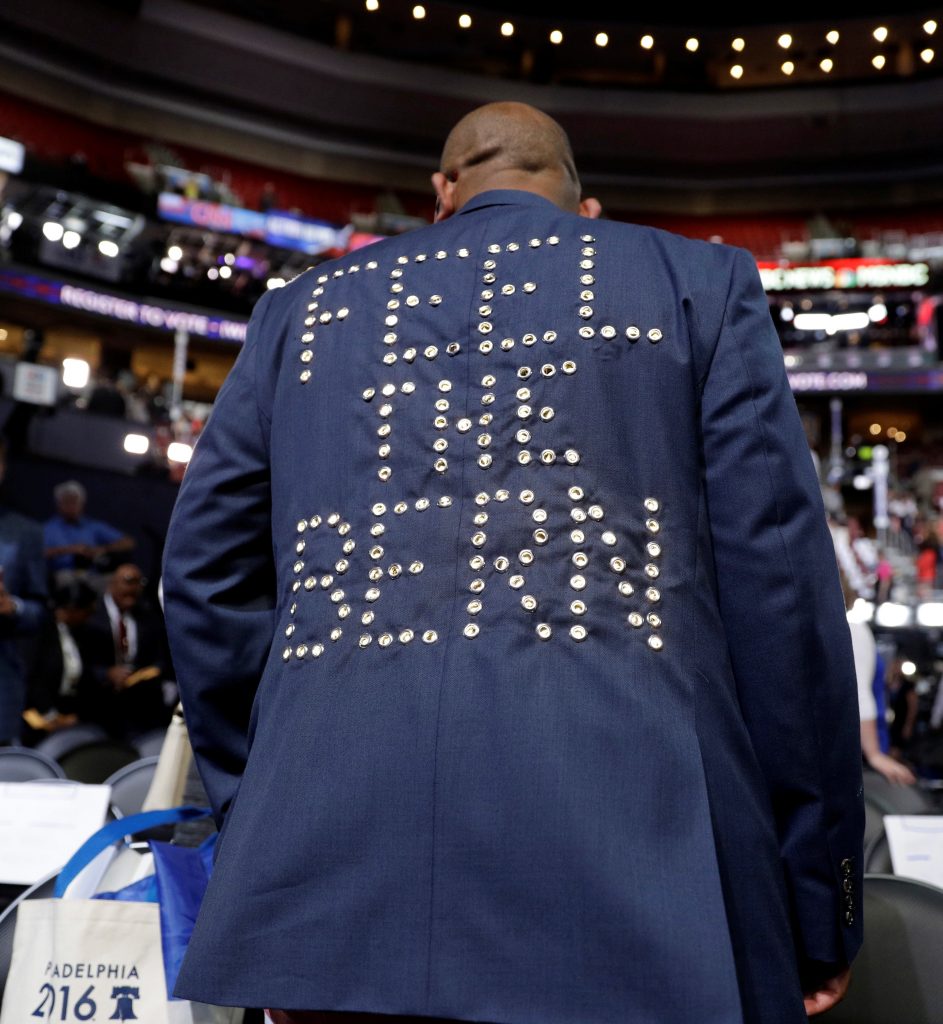 Democrats have gaveled in their convention in Philadelphia, as a day of discord, which has already sent the Democratic National Committee leader into exile, continues.

It was Baltimore’s mayor, Stephanie Rawlings-Blake, secretary of the DNC, who called the 47th Democratic convention to order. Her formal welcome was briefly held up by a slight oversight — she forgot the gavel and had to retrieve it offstage.

Rawlings-Blake is a last-minute fill-in for Debbie Wasserman Schultz, the ousted Democratic National Committee leader. The Florida congresswoman was forced out of her post by a trove of leaked emails that appeared to show DNC officials favored Hillary Clinton over Sanders in their fierce primary fight. She’s set to step down from the party job after the convention.

In the convention’s opening moments, Rep. Marcia Fudge, the Ohio congresswoman who’s the chair of the Democratic National Convention, got an earful from a rowdy group of delegates.

During her opening remarks, she was halted by boos and chants from Bernie Sanders’ delegates at any mention of presumptive nominee Hillary Clinton.

But she also received cheers — from Clinton’s supporters. At one point, there were chants of “Let her speak!”

Fudge is asking for respect and promising to deliver it in turn.

“We are all Democrats and we need to act like it,” she said.

But Bernie Sanders himself then sent text messages and emails with a personal request urging supporters not to demonstrate on the floor of the convention.

Sanders characterized the request “as a personal courtesy to me” and urged his followers to “not engage in any kind of protest on the floor.” The Vermont senator said that it is of the “utmost importance” that this be explained to the state delegations.

“Our credibility as a movement will be damaged by booing, turning of backs, walking out or other similar displays,” said Sanders.

The challenger to Hillary Clinton is speaking later Monday at the convention.

Earlier Monday, the Democratic National Committee offered its “deep and sincere apology” to Sanders, his supporters and the entire party for what it calls “the inexcusable remarks made over email.”

The statement from incoming interim party leader Donna Brazile and six other officials said the comments in the emails “do not reflect the values of the DNC or our steadfast commitment to neutrality during the nominating process.”

The statement, which also says the party won’t tolerate disrespectful language, was not not signed by Wasserman Schultz.

On Sunday, Wasserman Schultz announced that she would step down from her job at the end of this week’s convention in Philadelphia.