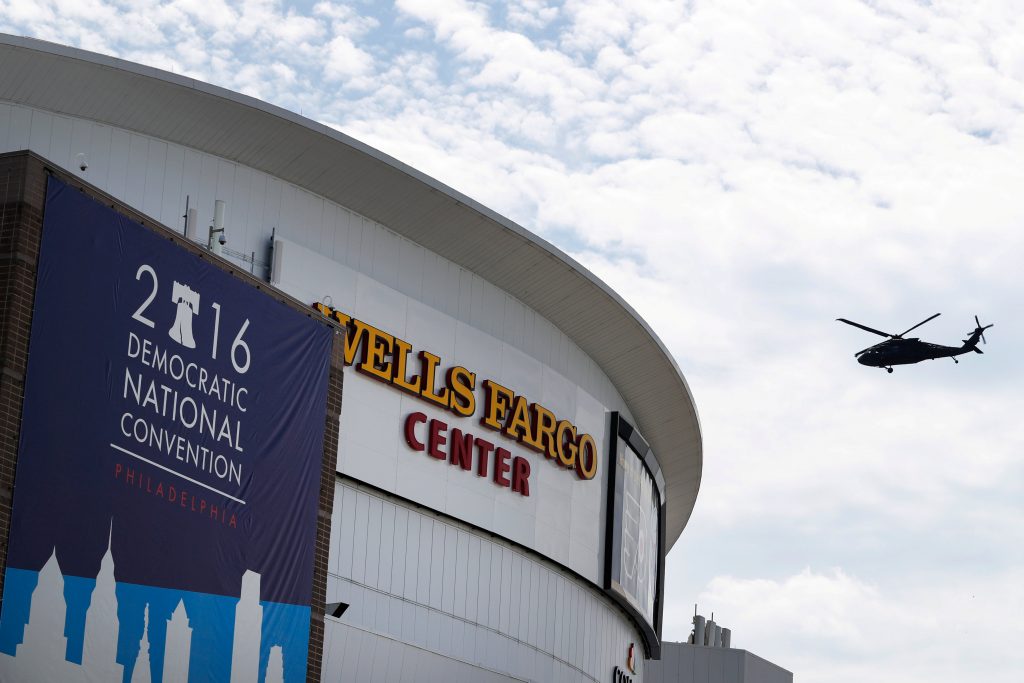 Democrats are opening their national convention in Philadelphia eager to show off a forward-looking party, united behind Hillary Clinton, but they face lingering bitterness among supporters of defeated rival Bernie Sanders and a fresh political mess of the party’s own making.

The resignation of Debbie Wasserman Schultz as chairwoman of the Democratic National Committee made for a rocky start on Sunday, as the Florida congresswoman heeded Sanders’ longstanding call to leave as party chief. Her departure comes a few days after the publication of 19,000 hacked e-mails, which the Vermont senator said confirmed his belief that the national party played favorites for Clinton during the primary.

“The party now needs new leadership that will open the doors of the party and welcome in working people and young people,” Sanders said.

Wasserman Schultz’s abrupt departure was undoubtedly an effort to keep the Democrats’ gathering from devolving into the tumult that marred last week’s Republican National Convention, when runner-up Ted Cruz pointedly and publicly refused to endorse nominee Donald Trump. As he demanded Wasserman Schultz’s resignation, Sanders made clear he wants to see Clinton win the White House.

“I’m going to do everything I can to defeat him, to elect Hillary Clinton and to keep focusing, keep focusing on the real issues facing the American people,” Sanders said on CNN.

Clinton and President Barack Obama both quickly praised the departed party chief, hoping to move past the ugliness and onto plans for an optimistic celebration featuring high-powered elected officials and celebrities who will try to re-introduce Clinton to a general election audience. After the convention, DNC Vice Chair Donna Brazile, a veteran Democratic strategist, will lead the party on an interim basis.

Trump appeared to relish the Democratic chaos on Sunday, writing on social media: “The Dems Convention is cracking up.” His campaign chief, Paul Manafort, went further and called on Clinton to drop out of the race altogether.

At the Republican convention, Trump cast himself as the law-and-order candidate in a nation suffering under crime and hobbled by immigration, sticking to the gloom-and-doom theme. As he accepted the Republican nomination, Trump said: “The legacy of Hillary Clinton is death, destruction, terrorism and weakness.”

In return, Clinton seized upon what she called the “fear and the anger and the resentment” from Trump and Republicans, dismissing Trump’s declaration that only he could fix the problems that afflict the nation.

“Donald Trump may think America’s in decline, but he’s wrong. America’s best days are still ahead of us, my friends,” Clinton said during a campaign event Saturday in Miami.

They will try to overcome party disunity that seems certain to also be a factor in Philadelphia, given Wasserman Schultz’s departure and the general unhappiness among many Sanders supporters. This is all intensified by both the e-mails disclosure and by Clinton’s decision to pick Sen. Tim Kaine of Virginia as her running mate.

Sanders endorsed Clinton two weeks ago after pressing for the party platform to include a $15-an-hour minimum wage, debt-free college and an expansion of access to health care.

Liberal Sanders supporters pushed for changes to the party nominating process at a meeting of the convention rules committee Saturday. They did not succeed in passing an amendment abolishing superdelegates, but they did win a compromise deal with the Clinton camp — a “unity commission” that will review the overall procedures and will seek to limit the role of superdelegates in future elections.

Away from the convention proceedings, thousands of demonstrators walked Philadelphia’s sweltering streets on Sunday, marching down the city’s famed Broad Street, cheering, chanting and beating drums.

“Debbie Wasserman Schultz and Hillary’s orchestrated collusion cheated thousands of honest Americans, who have invested enormous amounts of money and personal time for real change,” said one of the marchers, Dan Haggerty, 54, an electrician from California.

Clinton’s campaign manager, Robby Mook, tried to shift blame for the e-mail hack away from DNC officials and onto “Russian state actors” who, he said, may have breached DNC computers “for the purpose of helping Donald Trump,” the Republican presidential nominee.

How the e-mails were stolen hasn’t been confirmed.

“It was concerning last week that Donald Trump changed the Republican platform to become what some experts would regard as pro-Russian,” Mook said.

Party wrangles aside, Clinton is within just days of her long-held ambition to become the party’s official presidential nominee.

After the DNC released a slightly trimmed list of superdelegates — those are the party officials who can back any candidate — it now takes 2,382 delegates to formally clinch the nomination. Clinton has 2,814 when including superdelegates, according to an Associated Press count. Sanders has 1,893.