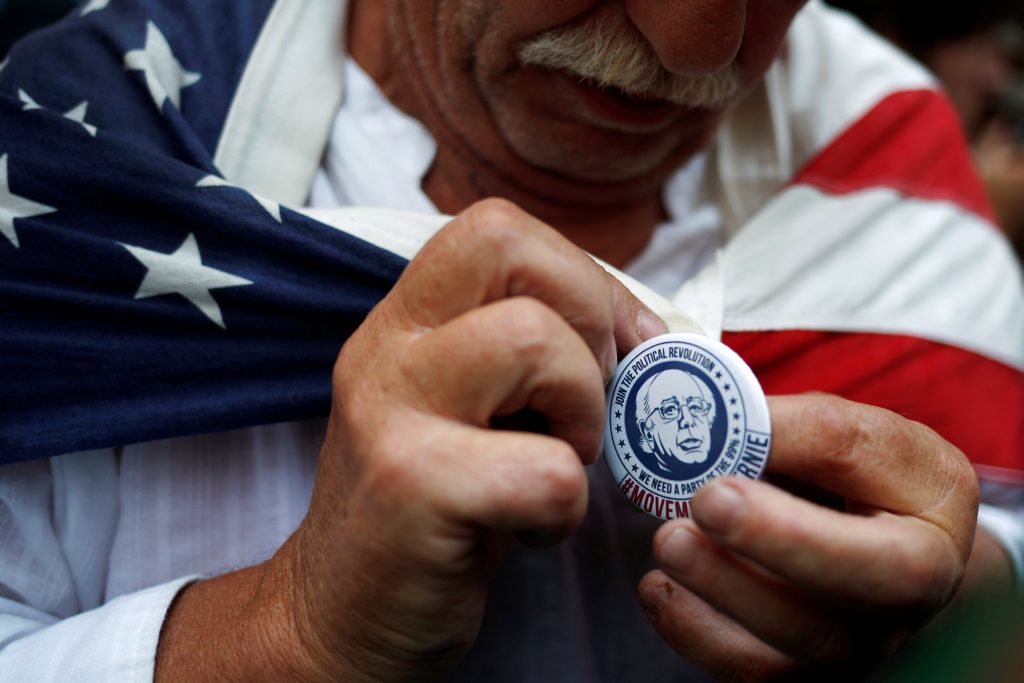 PHILADELPHIA (AP) — Outgoing Democratic National Committee Chairwoman Debbie Wasserman Schultz abruptly canceled her plan to gavel her party’s national convention to order on Monday afternoon, shortly after she was heckled with boos and cries of “Shame!” by Democratic activists.

In a brief phone conversation with the Sun Sentinel newspaper of Ft. Lauderdale, Fla., Wasserman Schultz said, “I have decided that in the interest of making sure that we can start the Democratic convention on a high note that I am not going to gavel in the convention.”

She added, “This needs to be all about making sure that everyone knows that Hillary Clinton would make the best president.”

The Florida congresswoman had previously announced she would resign her post at the helm of the DNC in the wake of an email scandal involving her aides — but still gavel open and closed the Democrats’ nominating convention this week. But that was before she was booed and heckled Monday morning, as she spoke to her home state delegation, by people angry that the hacked emails apparently showed some aides favored Hillary Clinton over Bernie Sanders in the party’s presidential primary.

For Democrats who spent last week throwing stones at Republicans’ troubled convention in Cleveland, the scene was a painful reminder of their own glass house. On the eve of the four-day spectacle, the 19,000 hacked emails published by WikiLeaks appeared to show top officials at the supposedly neutral Democratic National Committee working to tip the scales toward Clinton. Wasserman Schultz denied the accusation, but was forced out as chief Sunday.

The FBI issued a statement Monday saying it is investigating the hack.

“A compromise of this nature is something we take very seriously, and the FBI will continue to investigate and hold accountable those who pose a threat in cyberspace,” it said.

Trump dismissed the suggestion in a tweet: “The joke in town is that Russia leaked the disastrous DNC emails, which should never have been written (stupid), because Putin likes me.”

It wasn’t immediately clear how WikiLeaks received copies of the internal Democratic emails. Party officials learned in late April that their systems had been attacked after they discovered malicious software on their computers.

A cybersecurity firm they employed found traces of at least two sophisticated hacking groups on their network — both of which have ties to the Russian government. Those hackers took at least a year’s worth of detailed chats, emails and research on Trump, according to a person knowledgeable of the breach who wasn’t authorized to speak publicly about the matter.

The emails reemphasized a rift that threatens to undermine the Democrats’ attempt to display four days of focus on putting Clinton in the White House.

The party announced Monday it would kick off its convention with a lineup of speakers aimed at easing the tensions. Massachusetts Sen. Elizabeth Warren, a progressive favorite, will deliver the convention keynote. Sanders and first lady Michelle Obama will also take the stage.

Republicans relished Democrats’ pre-convention tumult, just days after they bumped and bumbled through their own gathering. Trump declared on Twitter: “The Dems Convention is cracking up.”

Later Monday, Sanders was jeered by his own supporters as he urged them to line up behind Clinton.

Speaking to his convention delegates, the Vermont senator tried to settle roiling tensions between his supporters and the party rank-and-file lining up behind Clinton.

“Brothers and sisters, this is the real world that we live in,” Sanders told his audience, raising his hand in an effort to quiet them. Republican nominee Donald Trump is “a bully and demagogue,” he said, who must not win the White House.

The remarks were met with boos and grumbling from supporters clearly not ready to give up the fight for what he calls his “political revolution.” Sanders tried to persuade them they had already won by helping to create what he called the “most progressive Democratic platform in the history of the party.” And he, too, celebrated the ouster of Wasserman Schultz after the email hack.

“Her resignation opens up the possibility of new leaders at the top of the Democratic Party that will stand with working people,” he said.

Resistance to Clinton was on display during a demonstration Sunday as many thronged to a main thoroughfare and chanted, “We won’t vote for Hillary.”

Ohio’s Michael Skindell, a Sanders delegate, said Monday he planned to “strongly support the nominee of the party.”

Clinton campaigned in Charlotte, North Carolina, on Monday, serving up a harsh critique of Trump’s foreign policy and what she said was his “trash talk about America.”

Speaking to a convention of the Veterans of Foreign Wars, Clinton slammed many of his positions, vowing to stand by American allies, fight dictators and listen to the advice of military officials.

“You will never hear me say I only listen to myself on national security,” she said.

Ahead of her speech, she secured endorsement of retired Gen. John Allen, former deputy commander of U. S. Central Command and a former commander of the International Security Assistance Force, overseeing NATO troops in Afghanistan.

Clinton is within days of her long-held ambition to become the party’s official presidential nominee. She will formally accept the nomination on Thursday. President Barack Obama will speak on Wednesday night. Other high-profile speakers include former President Bill Clinton and Vice President Joe Biden.

But overcoming the lingering resentment among Sanders supporters may become the task of the week.

Kenny Madden, a Sanders delegate from Kentucky, said he doesn’t “think there can be anything Bernie can say that will bring people together. I think that’s going to have to come from the other side.”