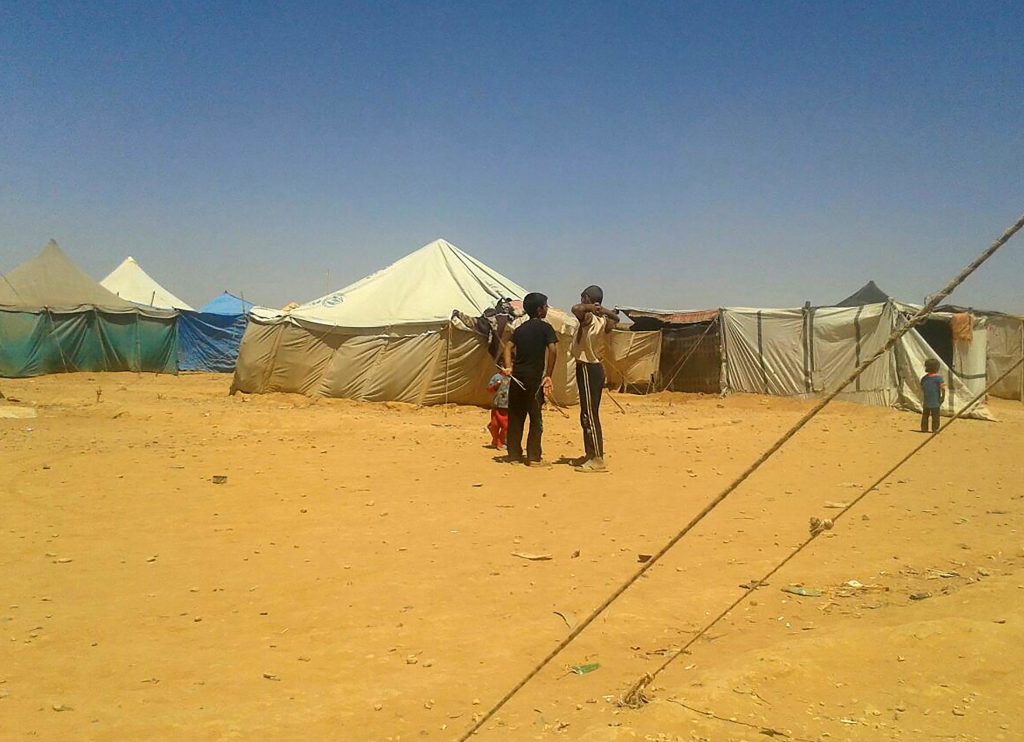 AMMAN, Jordan (AP) — U.N. aid agencies have procured cranes to hoist large amounts of food and other supplies over an earthen barrier to tens of thousands of Syrians stranded on the border with Jordan, but are still waiting for Jordan’s promised go-ahead, an official said Monday.

The cranes are to drop a one-off shipment of 30 days’ worth of food in two large encampments along a remote desert stretch on the border — an area known as the berm because of two parallel earthen mounds that roughly mark the frontier.

Jordan agreed to the shipment in mid-July, but has failed to give the final go-ahead for the operation, said a senior aid official who spoke on condition of anonymity because she was not authorized to brief reporters.

She said the logistics for the shipment are in place, including the procurement of cranes that are to hoist the heavy packages from Jordanian soil over the berm.

Jordan’s government spokesman could not immediately be reached for comment.

Jordan sealed the berm area more than a month ago, after a cross-border attack by Islamic State extremists killed seven Jordanian troops. The closure halted what until then had been regular aid deliveries from Jordan’s territory to more than 60,000 Syrians stranded on the other side of the berm.

Jordan says its security concerns trump other considerations, including sending humanitarian aid to Syrians trying to escape civil war at home. Jordanian officials have said Islamic State militants have infiltrated the two camps and pose a threat to Jordan’s security.

Since the border closure, only sporadic water deliveries have reached the area, where most residents are women and children. Refugees have described increasingly dire conditions, including extreme heat, lawlessness, flimsy shelters, rising piles of garbage and a shortage of food and clean water.

The aid official said Monday that “the situation is really getting worse every day for these people.”

The one-off shipment was meant to buy time for aid agencies to find other ways to deliver supplies to the two tent camps, though there appears to be no simple alternative. Air drops could mean aid gets into the wrong hands, including those of black market profiteers, and it’s not clear how aid convoys could safely cross front lines to reach the berm from inside Syria.