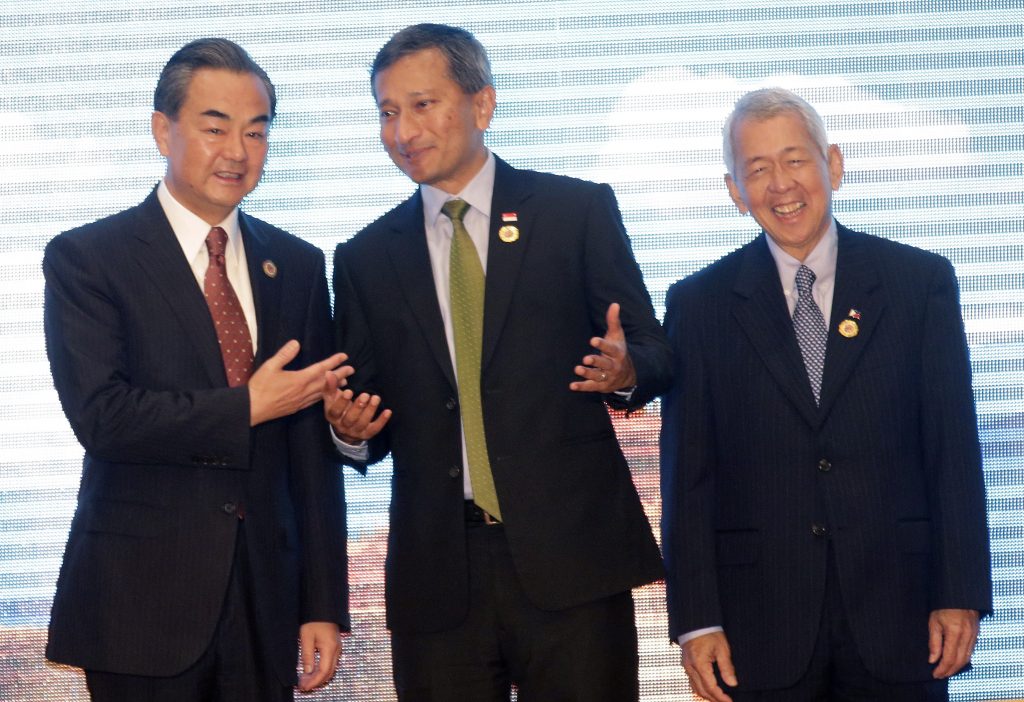 China scored a diplomatic victory Monday, avoiding criticism by Southeast Asia’s main grouping over its territorial expansion in the South China Sea, even though some of the bloc’s members are victims of Beijing’s actions.

After hectic negotiations, the 10 members of the Association of Southeast Asian Nations (ASEAN) issued a watered-down rebuke that amounted to less than a slap on the wrist, and exposed the deep divisions in a regional bloc that prides itself on unity.

In a joint communiqué released after their talks, the foreign ministers of ASEAN said only that they “remain seriously concerned over recent and ongoing developments” in the South China Sea. The statement did not mention China by name in referring to the developments.

Most significantly, it failed to mention a recent ruling by an international arbitration panel in a dispute between the Philippines and China that said Beijing’s claims in the South China Sea were illegal and that the Philippines was justifiably the aggrieved party. China has dismissed the ruling as bogus, saying the Hague-based tribunal has no authority to rule on what Beijing calls bilateral disputes. China wants direct negotiations with the Philippines instead.

China was able to push through its stance in ASEAN with the help of Cambodia, and to some extent Laos, both of which are close friends of Beijing. ASEAN’s guiding principle is to make all statements by consensus, so a veto by Cambodia would have prevented a more stinging rebuke.

“We reaffirmed the importance of maintaining and promoting peace, security, stability, safety and freedom of navigation in and overflight above the South China Sea,” the joint statement said.

“We further reaffirmed the need to enhance mutual trust and confidence, exercise self-restraint in the conduct of activities and avoid actions that may further complicate the situation,” it said.

Such statements have previously been issued, notably after an ASEAN-U.S. summit in California in February, and have led to criticism that ASEAN is becoming a toothless organization.

“Certainly, Cambodia’s paralysis of ASEAN … hurts ASEAN’s unity, cohesion, relevance and reputation,” said Malcolm Cook, an analyst at the Institute of Southeast Asian Studies, a Singapore think-tank. “It makes ASEAN peripheral, not central, on this issue.

The South China Sea is dotted with reefs and rocky outcroppings that several governments claim, including China and the Philippines. The arbitration panel didn’t take a position on who owns the disputed territories. It did conclude that many of them are legally rocks, even if they’ve been built into islands, and therefore do not include the international rights to develop the surrounding waters. That and other findings invalidated much of what China has called its historic claims to the resource-rich sea.

In order to ease tensions, China, the Philippines and possibly other claimants must define what the ruling means for fishing, offshore oil and gas exploration, and military and other activities in the vast body of water that lies between the southern Chinese coast and the Philippine archipelago.

In recent days, China’s military has staged live-firing exercises in the area and said it would begin regular aerial patrols over the sea. It also has asserted that it will not be deterred from continuing construction of its man-made islands.

On Sunday, Wang, the Chinese foreign minister, reiterated his government’s position that it will only accept bilateral negotiations with the Philippines.

“Every country has the same position as China, that is that we should fully and effectively implement the regional Code of Conduct, and in that COC it clearly states the dispute should be resolved by peaceful, sit-down talks between the parties directly concerned,” he said.

He was scheduled to give a news conference later Monday after his talks with ASEAN ministers.