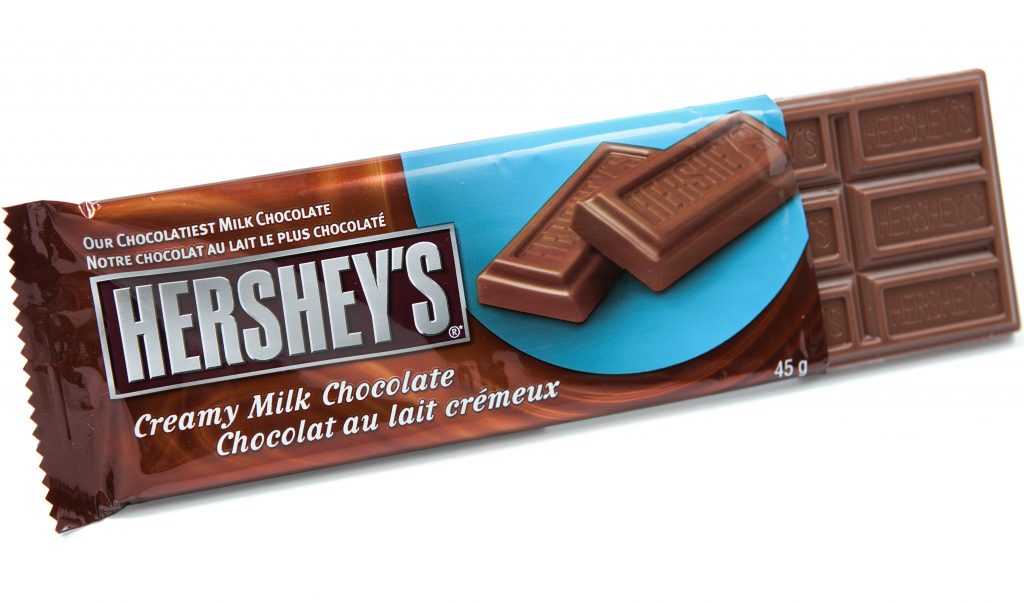 Whether the global snack and confectionery company will succeed in its complicated Hershey quest or become acquired by another company, such as Kraft Heinz, has emerged as one of the more compelling food business storylines of the summer. Acquisition is the name of the game for many food companies struggling to achieve consistent topline growth, but it took Hershey only a few hours to unanimously reject Mondelez. A merger between the two companies would form the world’s largest confectionary maker, though the deal itself is fraught with challenges.

Meanwhile, Mondelez, headquartered in suburban Chicago, also has been a rumored acquisition target, with PepsiCo, and more recently Kraft Heinz, surfacing in such speculation as potential suitors.

“We believe Kraft Heinz could be knocking on the door and that could be why Mondelez is trying to get the (Hershey) deal done now,” said Pablo Zuanic, an analyst with the Susquehanna International Group.

The Hershey deal poses unique obstacles for Mondelez. The board of the Hershey School Trust, which holds more than 80 percent of the voting power in the company, is a powerful gatekeeper. And under state law, the Pennsylvania attorney general can block the deal, even if the trust agrees.

But the timing could be right for Mondelez’s offer, given the current state of political discord at the Hershey Trust and the fact that the state attorney general isn’t running for reelection in the fall, Zuanic said.

The trust that largely controls Hershey, and which funds the Milton Hershey School for low-income children with Hershey dividends, has been under fire in recent years for scandals tied to compensation and term limits of its board members. In 2013, state Attorney General Kathleen Kane — who’s not running for reelection this fall as she faces criminal charges of perjury and obstruction — reached an agreement with the trust outlining various reforms after a two-year investigation that included a probe into the trust’s purchase of a $12 million golf course with Hershey School funds.

“If Mondelez was looking to make a deal when the trust was weakened, now would be a good time to try to do that. … Clearly, the trust is in a time of turmoil and transition,” said Bob Fernandez, author of, “The Chocolate Trust: Deception, Indenture and Secrets at the $12 Billion Milton Hershey School.”

Since late 2015, four board members have resigned, including Joan Steel, of Chicago, said Fernandez, who also covers Hershey as a reporter for the Philadelphia Inquirer. Steel could not be reached for comment.

But it will take more than convincing the remaining members of the trust’s board, Fernandez said.

“(Mondelez) will also have to sell the deal and its economic benefits to Central Pennsylvania,” he said.

So, what’s more likely — Mondelez pulling off the Hershey acquisition or another company gobbling up Mondelez?

“These companies generally don’t just walk away. My guess is they’ll come back at them, but Mondelez will end up being in play (for acquisition),” Goldin said.

Either scenario would make a lucrative year for food company mergers and acquisitions. Counting Mondelez’s bid for Hershey — which dealtracker Dealogic still considers live because it’s a hostile bid — there have been 47 deals so far this year valued at almost $28.5 billion. That would be the highest total value since 104 deals amounted to about $68.9 billion in 2012, according to Dealogic data.

Mondelez likely is making another run at Hershey, and such a merger could ultimately benefit both companies, given Hershey’s strong position in the U.S. chocolate market and Mondelez’s “vast geographic network,” said Erin Lash, Morningstar analyst. Mondelez is more likely to become a takeover target if it comes up short on its cost-saving efforts and planned profit margin improvements, Lash said, but those efforts are still underway and have yielded some recent results.

“In terms of any deal with Hershey, it’s ultimately up to the trust and the shareholders and the attorney general,” Lash said. “It’s really hard to say which direction this goes.”