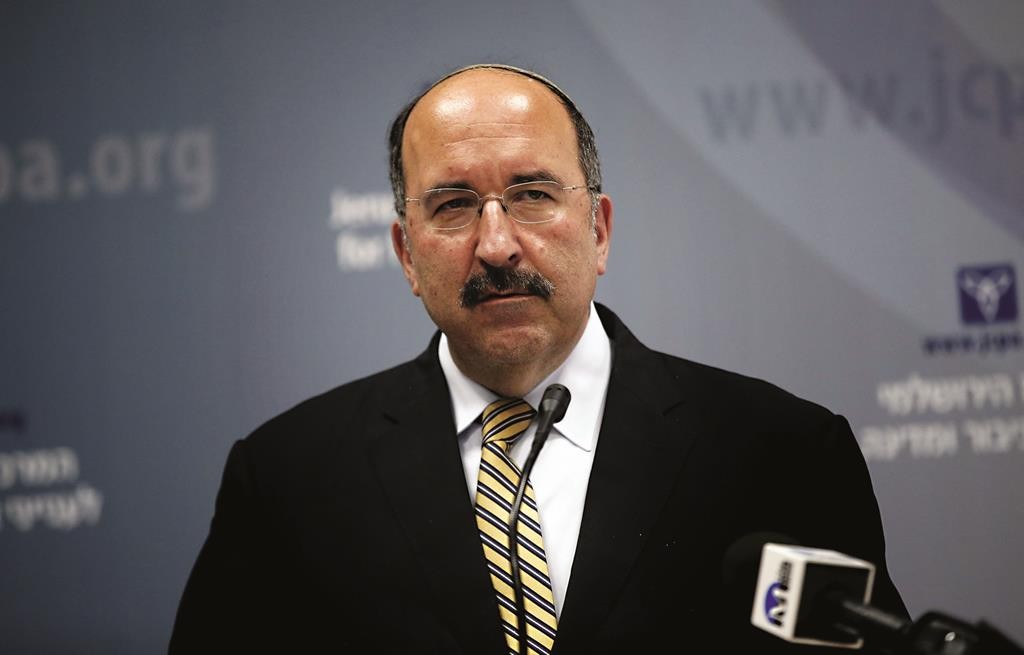 YERUSHALAYIM (AP/Hamodia) — Israel’s Foreign Ministry says a senior official has met with a visiting former military general from Saudi Arabia. The meeting marks a rare public engagement between countries that have no official relations.

Foreign Ministry spokesman Emmanuel Nachshon said Sunday that Director General Dore Gold met with Anwar Eshki at a hotel in Yerushalayim. Eshki currently heads a Saudi think tank in Jeddah but is believed to have close ties with the kingdom’s rulers. Official government permission was likely necessary for him to make such an overt visit.

Saudi Arabia has floated a plan for a comprehensive peace agreement between Israel and its Arab neighbors. It has unofficially grown closer to Israel in recent years over their shared concerns regarding Iran.

MKs Issawi Frej and Michal Rozin (Meretz) and Ksenia Svetlova (Zionist Union), who took part in the meeting, said that even after fourteen years, the Saudis were still eager to generate Israeli discourse on the 2002 peace initiative, which promises Israel full diplomatic ties with 57 Arab and Muslim states after cementing a peace accord with the Palestinians.

“The Saudis want to open up to Israel,” Frej said. “It’s a strategic move for them. They want to continue what former Egyptian president Anwar Sadat started [the 1979 Israeli-Egyptian peace treaty]. They want to get closer with Israel, and we clearly felt it.”

While she did not discuss the content of the meeting, Svetlova reported that Eshki told Gold to rely to Netanyahu that, “without any advancements in the Palestinian arena, there won’t be any reconciliation between Israel and the Arab nations.”

High-ranking Fatah official Jibril Rajoub told Lebanon’s Al-Mayadeen news agency that the Saudi visit was the second of its kind.

This latest visit comes as the Arab world, led by Egypt, is pushing for renewed peace negotiations between Israelis and Palestinians. Egyptian Foreign Minister Sameh Shoukry visited Israel earlier this month, where he met with Prime Minister Binyamin Netanyahu.