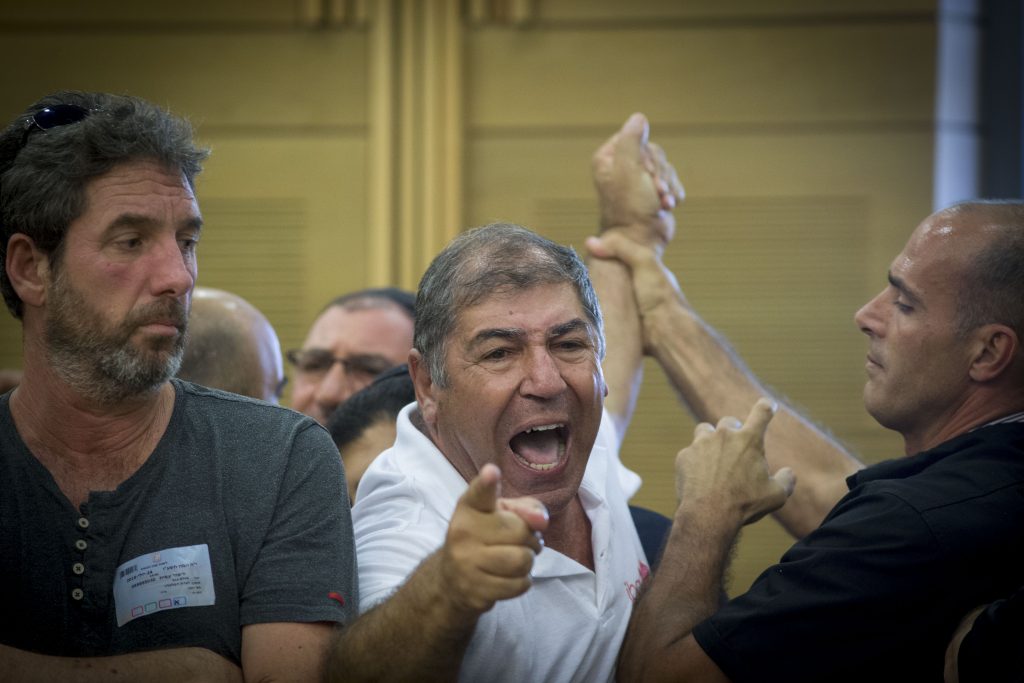 YERUSHALAYIM – Prime Minister Binyamin Netanyahu rebuffed charges that he is trying to take over the Israeli media, at the weekly cabinet meeting on Sunday.

Netanyahu’s long-time adversarial relationship with the Israeli media – more often reflected in accusations of personal corruption and preventing peace with the Palestinians – has recently taken on a new aspect. As Minister of Communications, his arrangement with the Histadrut to delay the reconstitution of the troubled Israel Public Broadcasting Corporation has incurred the wrath of media foes.

“I have heard much talk recently about claims I am allegedly trying to control the media market. The opposite is the truth,” he stated.

Netanyahu maintained that it would only have harmed Channel 1 if it had been allowed to go on the air before it was ready.

“An extension was needed to enable the new corporation to organize as needed and go on [the] air when it is ready, ” he said, adding that during the interim, it will continue to operate unchanged.

“There is a centralization of … networks [in Israel] that almost doesn’t exist anywhere else in the free world,” he said, explaining that he seeks more, not fewer, options for the public.

The prime minister noted that states with comparable or smaller populations have more networks than Israel. Finland has eight networks, Denmark has six, and Belgium has five. Israel has four commercial networks, with Channel 20, which began broadcasting two years ago, having joined Channels 1, 2 and 10.

“I want to make something else clear,” Netanyahu said. “I will not be bought or deterred, not by criticism, nor by being smeared, nor by flattering screen time,” which – he said sarcastically – “as you all know, I get without end.”

Netanyahu said that the greater the criticism, “the more I understand I am doing the right thing.”

In an editorial, Haaretz warned of the potential danger of Netanyahu being involved in far-reaching reforms of the local broadcasting industry currently under review at the Communications Ministry and the Knesset.

The newspaper, a faithful critic of the prime minister, cited the recent decision by Attorney General Avichai Mendelblit that he may not take part in matters relating to Bezeq and Pelephone telecommunications groups due to a conflict of interest.

It called on Mandelblit to further restrict Netanyahu from taking “direct hold over the telecommunications sector, which could lead him to make decisions that benefit those in his inner circle.”

MK Nachman Shai (Zionist Camp) told Sunday’s Knesset Economy Committee that the effect on the IBA employees must be considered. “The uncertainty must end. There are thousands of employees and tens of thousands of families, in the Authority and the [new] corporation, who are [being kept] in the dark, not knowing where they are going. This cannot continue.”

Criticism came from closer to home as well, as Jewish Home leader Naftali Bennett said he opposed the decisiion to delay, and accused Netanyahu of trying to stifle free speech.

Public Security Minister Gilad Erdan (Likud), who, as the previous communications minister, sponsored the original bill to abolish the IBA, alleged that the deferral meant the new corporation would never be established. “I call on the prime minister and the head of the Histadrut labor federation to reconsider the deferral,” he said.

Two protesting IBA employees were ejected from a Knesset Economy Committee meeting on the subject for disorderly conduct. The deferral until January 2018 has thrown the staff into disarray.

The public broadcasting law mandates that 51 percent of the new IBA corporation will be made up of current employees, and the rest of the 1,600 will be laid off.

One employee, Rafi Issachar, shouted at the MKs on the committee: “You’re all corrupt. You want to take my home from me? To destroy my home?”