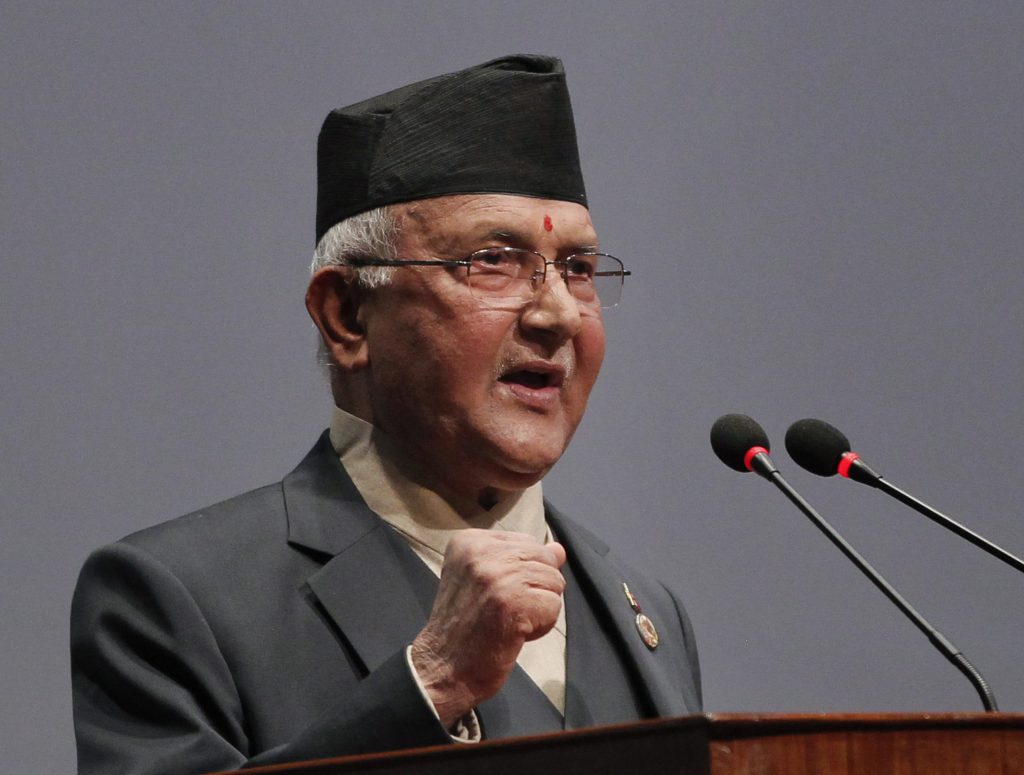 KATHMANDU, Nepal (AP) — Nepal’s prime minister has resigned before facing a confidence vote in parliament that he expected to lose.

Prime Minister Khadga Prasad Oli said in a speech Sunday that the way he was forced to resign would have far-reaching implications for the country and lead to further political instability.

Oil’s 6-month-old government lost its majority support after the Maoist party pulled out of the coalition this month, accusing Oli of failing to honor power-sharing agreements.

A change in government is nothing new in Nepal, with Oli the eighth prime minister in the past 10 years.

Maoists are former communist rebels who fought government troops for 10 years until they joined a peace agreement.