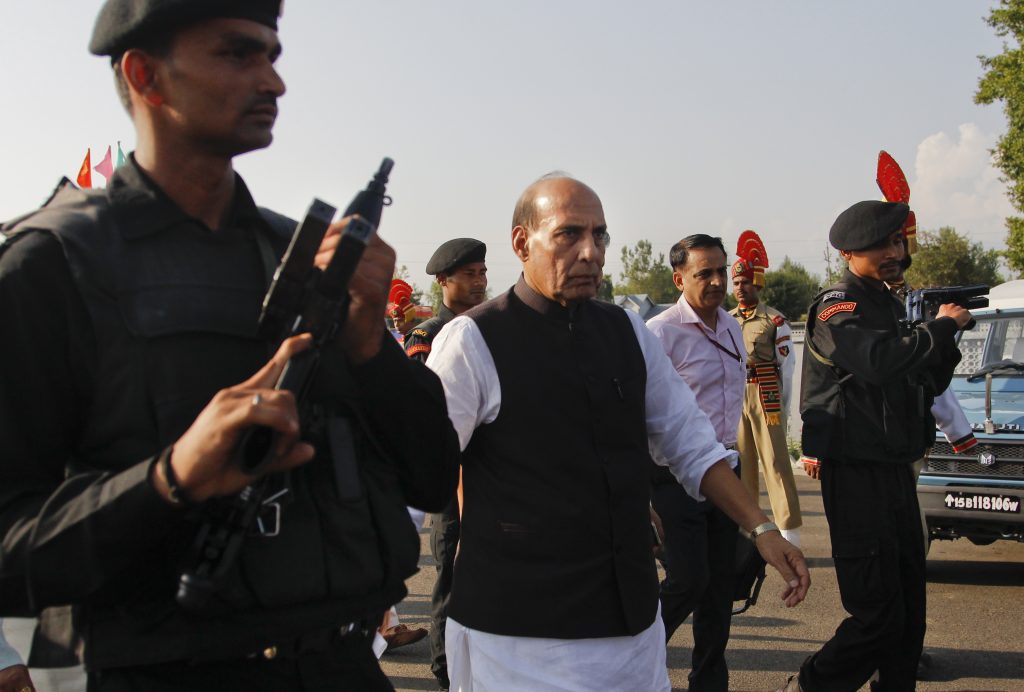 SRINAGAR, India (AP) — The Indian government said Sunday that Pakistan should stop provoking unrest in the Indian-controlled portion of the disputed Kashmir region, appealing for calm and restraint by people and government forces after two weeks of bloody protests that have left dozens of civilians dead.

India is particularly upset with Pakistan calling for a “black day” last week to protest India’s handling of the demonstrations.

At the end of his visit, Singh told a news conference Sunday that “Pakistan should change its stance on Kashmir.”

India is “worried about the situation in Kashmir, who have fought two wars over its control since 1947 when British rule of the subcontinent ended. India accuses Pakistan of arming and training rebels who have been fighting for independence or merger with Pakistan. Pakistan denies the charge, saying it provides political and diplomatic support to Kashmiris.

“There is no need for any third force to help improve the situation in Kashmir… We don’t just want need-based ties. We want to build an emotional relationship with Kashmir,” he said.

The largest anti-India street protests in recent years in Kashmir erupted after Indian troops killed a popular young rebel leader in a gunbattle on July 8. Since then, most parts of the Indian-controlled portion of Kashmir have been under security lockdown. But protests against Indian rule have persisted.

Meanwhile, a young man wounded by gunfire from Indian troops two weeks ago died on Sunday in a hospital in Srinagar, the region’s main city, police said.

At least 49 civilians, mostly teens and young men, have been killed as government forces fired live ammunition and pellets at protesters. A policeman was killed after protesters pushed his vehicle into a river. About 2,000 civilians and 1,500 police and soldiers have been injured in the clashes.

A large number of people in the Indian-held part of Kashmir resent the presence of hundreds of thousands of Indian troops and support the rebel cause.

More than 68,000 people have been killed in the armed uprising against Indian rule and the subsequent Indian military crackdown.