World Blast in Northwest Baghdad Claimed by IS Kills 6
World 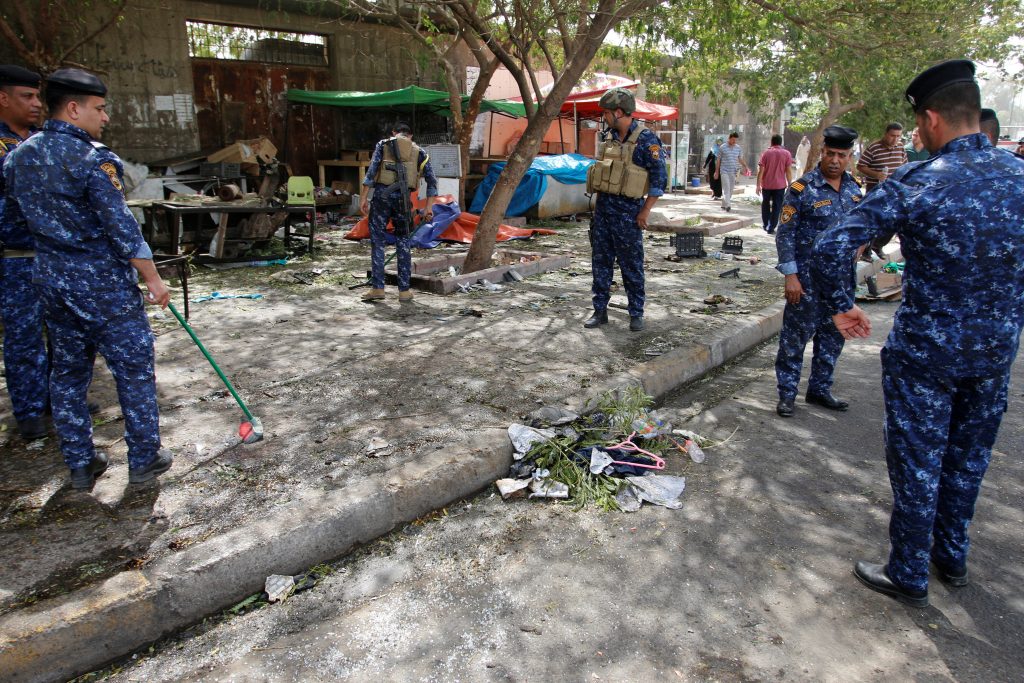 BAGHDAD (Reuters) – At least six people were killed and 20 wounded in a suicide bomb attack claimed by the Islamic State terror group in a mostly Shiite Muslim district of northwest Baghdad, police and medical sources said on Sunday.

Amaq, a news agency that supports Islamic State, said a suicide bomber wearing an explosive vest had targeted security forces at the entrance to the Khadimiya neighborhood.

The ultra-hard-line terrorists, who have been pushed off much of the territory they seized in northern and western Iraq in 2014, have stepped up attacks in the capital and other cities.

The group said it was behind a suicide blast this month which left 292 people dead, one of the largest attacks of its kind since the U.S.-led invasion that toppled Saddam Hussein in 2003.

Sources in the Kadhimiya hospital, where the victims of Sunday’s explosion were taken, said the death toll could rise as some of the wounded were in critical condition.