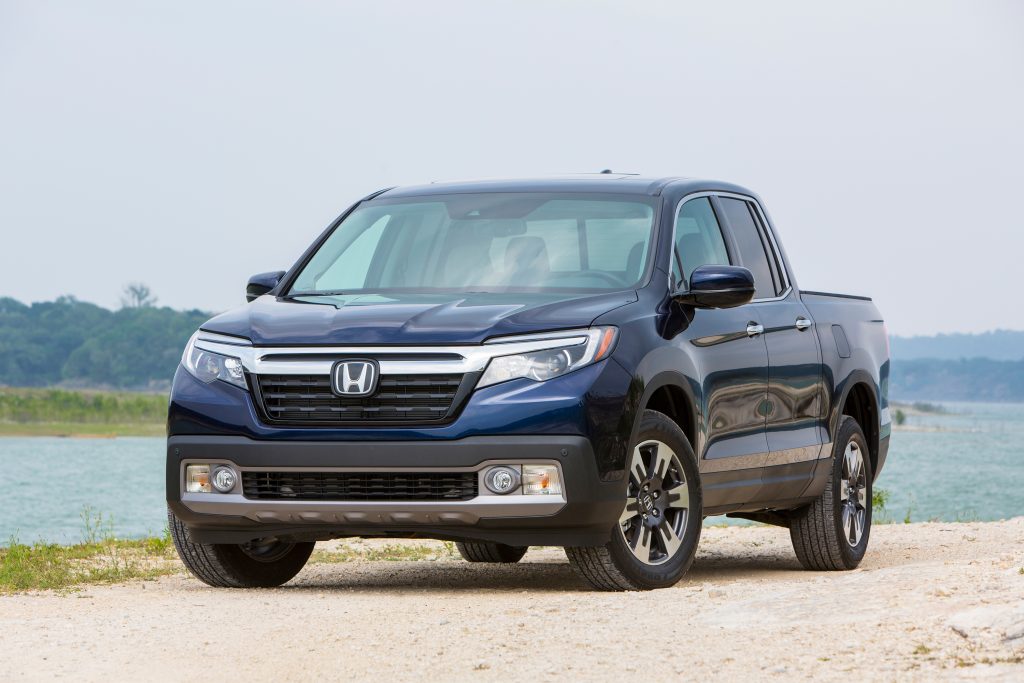 (Chicago Tribune/TNS) – When Honda pulled the Ridgeline midsize pickup from the market in 2014, it appeared the segment would go with it. Gone were the Ford Ranger, Dodge Dakota, Chevrolet Colorado and GMC Canyon. Only the low-selling Nissan Frontier and Toyota Tacoma remained.

The Ridgeline is back for 2017 at a time when the midsize pickup segment is resurgent. Using the architecture of the car-based Pilot crossover, the redesigned Ridgeline has lost its unique styling, which was characterized by boxy fender flares and the “flying buttresses” behind the cab. The 2017 looks more like a Pilot than a pickup.

While car-based pickups might do well in other countries, they never really caught on here. The Ridgeline’s crossover utility vehicle roots give it the most interior cargo space with the rear seats folded, but it trades towing capability for crossover refinement.

The four-wheel-drive Chevrolet Colorado and GMC Canyon pickups tow 2,000 pounds more than a similarly equipped V-6 all-wheel-drive Ridgeline. The Ridgeline gets only 1 mpg more than the Colorado.

But the 3.5-liter was about the smoothest and quietest V-6 on and off the interstate, with ample power for passing on two-lane roads.

Suspension settings offer a very smooth ride without wallowing in corners, helped by torque vectoring all-wheel drive that changes the speed of individual wheels as needed. Substantial 18-inch tires looked appropriately trucklike and had the added benefit of being wide enough to offer some protection from curbing the painted and polished alloy wheels.

Ridgeline doesn’t break any new ground over the previous iteration as far as the outdoor cargo area goes. The formula is pretty good, though. The best thing about it is the generous underfloor trunk. It’s well-sealed, well-lit, washable, lockable (with a key or the fob) and hidden within the bed floor. The Pilot has the spare outside under the vehicle, whereas the doughnut spare and jack are out of the weather in the hidden trunk of the Ridgeline.

Just like your favorite 1970s station wagons (and the first Ridgeline), the dual-action tailgate opens to the side for easier loading and access or it folds down like other pickup gates. The tester had a hitch receiver you can see in the rearview camera for solo hookups and a number of substantial tie-down cleats to secure a load. Because the typical Ridgeline will see more play than work, top trim levels include a 110-volt power outlet and an in-bed audio feature that switches the music to hidden speakers.

My tester was tech-heavy but registered a few misses in that department. Adaptive cruise control, which automatically brakes or accelerates to maintain a set distance between you and the vehicle ahead, is balky. About half the time the speed would indicate 1 mph slower than I set it. Even though you can adjust the following distance via a button on the steering wheel, I couldn’t make any sense of modulating it. Further, I constantly felt the sensation of forward inertia as though it were in a perpetual state of correcting by slowing down.

Lane-keeping assist will actually introduce some steering input if you start crossing a line without your turn signal on. It made a few forgivable false alarms, but it kept indicating “steering input required”, even though my (apparently too steady) hands were on the wheel. The forward collision warning gave me four false alarms on two-lane roads triggered by oncoming traffic.

Add it all together and like vehicles with similar systems, this Ridgeline will drive itself for you for a limited time, though that’s not exactly what it’s for.

What is it for? Other than charting the evolution of the driverless car, it’s apparently for people who text and drive. If you text and drive, please turn in your driver’s license immediately. If you don’t, you can turn most of it off. Better yet, save your money and choose another of seven trim levels.

I was disappointed to see Honda using Garmin navigation, my least favorite. Route guidance is fine, but maps lack sufficient detail namely in street and road names. Do they expect you to punch in a destination every time? Don’t you just want to use it as a map sometimes? The worst thing is that when you have it zoomed in or out, it automatically resets to a default setting at arbitrary times; I once asked a representative of a different automaker using Garmin if this could be overridden and was told it couldn’t and that this is a common complaint internally.

Being somewhat old-fashioned, I was happy to see Honda retained some hard buttons on the center stack, unlike some recent models. Environmental controls are reasonably intuitive with toggles for dual-zone temperature selection. I’m getting more used to the 8-inch touch-screen infotainment interface with its strip of controls on the left, though I still don’t like the bar-graph volume control, and some functions are slow to react.

The graphics and fonts look crisp, and match nicely with the driver information display screen in the center of the gauges. However, the whole look of the instrument cluster is a bit haphazard, with analog tachometer and temperature and fuel gauges on either side within sort of a dog bone shape. Floating above that is your speed in an LED font worthy of a 1970s Texas Instruments watch. I prefer digital speed displays, but there were some indecipherable decisions made about the arrangement here.

Having owned several traditional pickups, I find it hard to grasp the intended Ridgeline buyer.

James Jenkins, a Honda public relations manager who was formerly on the Ridgeline product planning team, claimed the new Ridgeline “looks more like a truck” than the old one.

It has impeccable carlike driving dynamics, but many municipalities will still subject it to truck restrictions and fees. It has a respectable degree of truck functionality, but I don’t see typical truck buyers going for a front half that is a dead ringer for the Pilot. It sniffs of costs savings through parts sharing in an attempt to get a piece of the revived midsize truck pie.