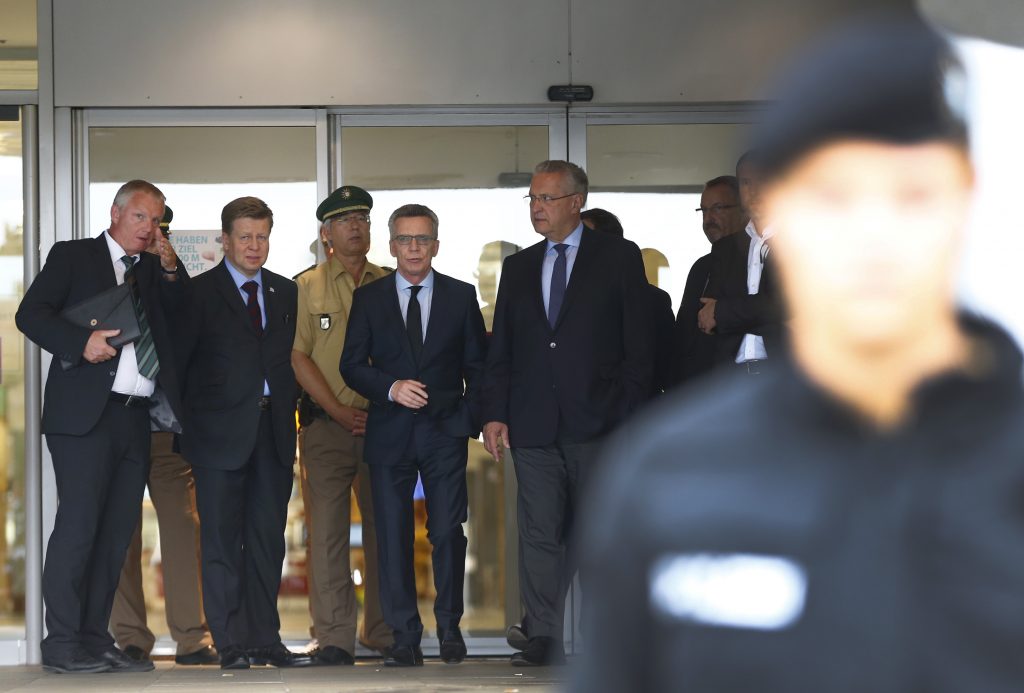 MUNICH (Los Angeles Times/TNS) — The young gunman who paralyzed Germany’s third-largest city and killed nine people before killing himself was obsessed with mass shootings but did not have any apparent link to Islamist militant groups, police said Saturday.

As a portrait emerged of the 18-year-old attacker, who had amassed literature about shooting rampages, Munich authorities declared a day of mourning.

Munich, a city of 1.4 million people, came to a virtual standstill for hours after Friday’s early-evening shootings at a fast-food restaurant and a shopping mall, with public transportation shut down and people ordered to stay indoors in case there were more attackers on the loose. But the gunman, a German of Iranian descent whose name was not released by officials, apparently acted alone, police said.

Europe had already been on edge since the Bastille Day truck rampage in the French Riviera resort city of Nice which killed at least 84 people, carried out by a Tunisian-born deliveryman who police said had apparently undergone a rapid conversion to Islamic extremist ideology.

Germany was further rattled when an Afghan teenager attacked passengers on a commuter train Monday with a knife and an ax, injuring four aboard the train and a woman passerby before being shot dead by police. He left behind a video proclaiming loyalty to Islamic State, but authorities have not uncovered any sign of his involvement with the group.

Munich’s police chief, Hubertus Andrae, said investigators who searched the attacker’s home overnight Friday found literature about mass killings, but no sign of any connection to Islamic extremism. He described the teenager as “obsessed with shooting rampages” and suggested he drew inspiration from the massacre five years ago in Norway of 77 people by a far-right extremist.

The Munich attack unfolded shortly before 6 p.m. when the gunman opened fire at a McDonald’s near the Olympia shopping mall, triggering an exodus of frightened shoppers and pedestrians clutching children and pushing baby strollers. It was almost eight hours later when police gave the all-clear for people to move about again.

The decision to lock down a large city, stranding thousands of rush-hour commuters and leaving others to trudge home or seek shelter with strangers, was a dramatic one.

But it was coupled with the realization that an increasing climate of fear left authorities with little choice but to weigh a worst-case scenario in response to outbreaks of violence. About 2,300 police officers were scrambled in response to the attack, drawn from across Germany and neighboring Austria.