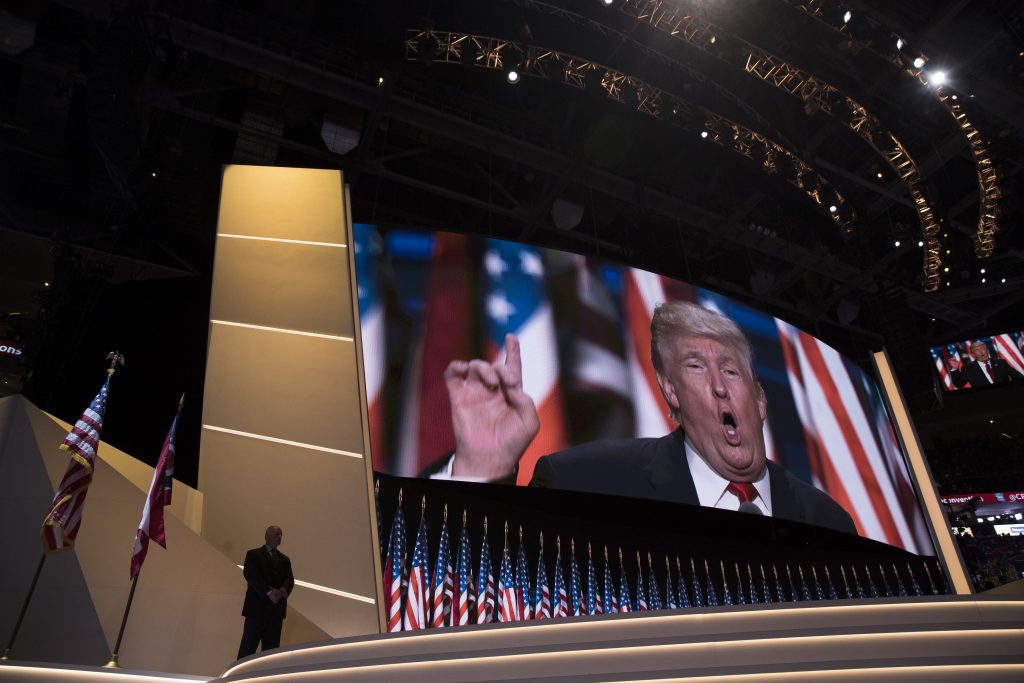 CLEVELAND (AP) — Tensions gave way to relief in Cleveland as the Republican Convention concluded quietly with two dozen arrests over four days thanks to a massive police presence and protesters’ own concerns for their safety.

City officials and police who braced for mass disruptions and violence during this summer of bloodshed struck a confident note as the convention wrapped up Thursday.

The demonstrations that many feared would end in pitched battles between police and protesters turned at times into carnival-like scenes, with bongo players and with protesters dressed as nuns on stilts.

There were tense moments and some angry words as anarchists, anti-Muslim protesters and pro-capitalist groups filled the downtown Public Square, but most people seemed to get along.

Late Thursday night, police put the arrest total since Monday at just 24, with 17 of those from a melee that erupted Wednesday during a flag-burning by avowed revolutionaries. In the run-up to the convention, some law enforcement authorities had feared hundreds of arrests every day.

One of the last confrontations involved a man arguing with police late Thursday after they confiscated his papier-mâché animal adorned with a Donald Trump wig after he tied it to a light pole.

A massive police presence helped keep the protests largely under control, said Eric Ferrero, an Amnesty International deputy executive director who helped oversee teams of observers in Cleveland. About 500 Cleveland police and thousands of law enforcement officers from around the country were assigned to convention security.

“Our observers have been at some protests where there’s been more police than protesters,” Ferrero said. He said that for the most part, observers saw police conducting themselves properly.

Organizers of some of the rallies and marches also said fears of violence kept many people away. Most crowds numbered in the hundreds, not the thousands.

“We had big groups that said they were coming in that got dwindled down to nothing,” said Larry Bresler, lead organizer of a Stop Poverty Now rally. “They weren’t coming to Cleveland because of the fear of violence.”

On Thursday evening, hundreds of demonstrators for and against Trump gathered in Public Square, but the crowds soon melted away — slowly and peacefully — well before Trump’s prime-time acceptance speech.

The fears of bloodshed were stoked by the ambush killings of eight police officers in Dallas and Baton Rouge, Louisiana, earlier this month and by Ohio’s open-carry law, which allows gun owners to carry their weapons in plain sight.

Fears also grew after Trump claimed earlier this year that there would be riots in the streets of Cleveland if he was to amass the required number of delegates and the GOP denied him the nomination.

A small number of people openly carried guns during some of the protests but caused no reported problems. By the end of the convention, those who entered the Public Square with weapons were mostly ignored. The Cleveland department relied heavily on about 300 officers on bicycles to keep protesters in line and separate hostile groups before they came to blows, a tactic that seemed to work time and again.

Glenn Wilcoxson, of Clearwater, Florida, who spent the week selling Trump shirts, hats and stickers, said he didn’t know what to expect given what was on the news beforehand.

“It was going to be massive riots and problems, but we got here and there have been very little problems. The police have done such a wonderful job, unbelievable.”