National David Duke Says He Will Run for US Senate
National 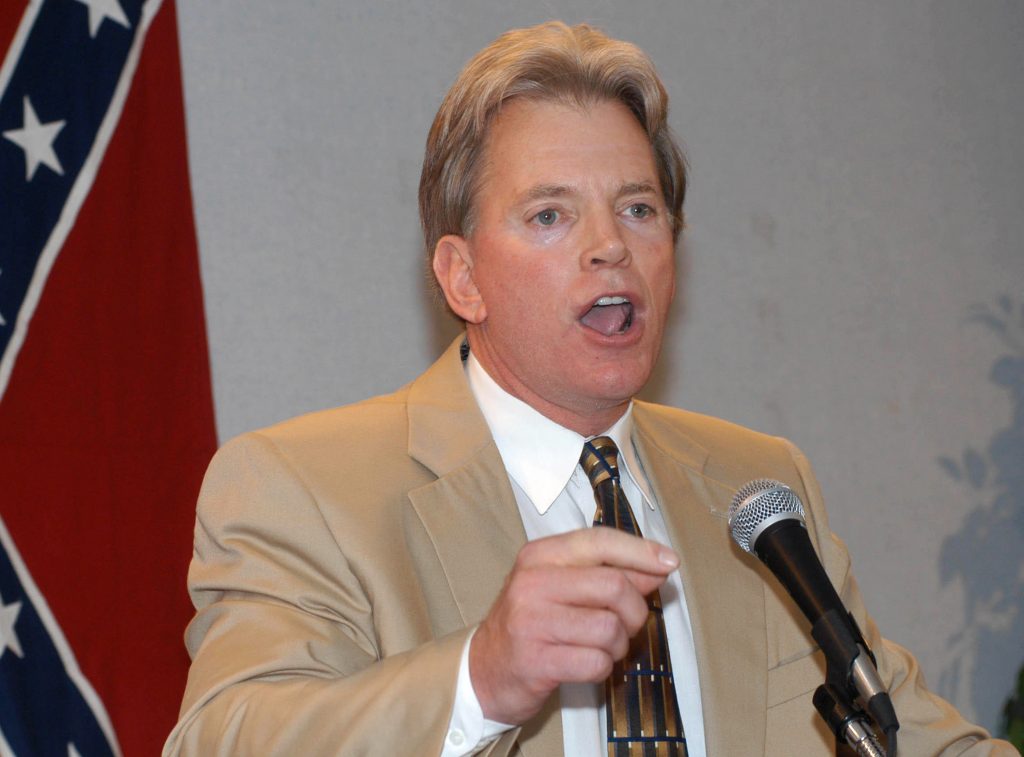 Former Ku Klux Klan leader David Duke announced Friday on his website that he plans to run for U.S. Senate in Louisiana.

“I’m proud to announce my candidacy for the United States Senate,” Duke said in a video. “I believe in equal rights for all and respect for all Americans. However, what makes me different is I also demand respect for the rights and heritage of European Americans.”

Duke’s announcement came as the state is grappling with deep racial tensions after the shooting death of a black man by white police officers and the killing of three law-enforcement officers by a black man. It also came one day after Donald Trump accepted the GOP nomination for president.

Duke said in the video, “I’m overjoyed to see Donald Trump and most Americans embrace most of the issues that I’ve championed for years. My slogan remains America First.”

A registered Republican, Duke would be seeking an open seat vacated by Republican David Vitter.

Nearly two dozen candidates have signed up for the Senate race. The seat is open because Vitter decided not to run for re-election on the Nov. 8 ballot.

Duke has not yet filed the official paperwork to run. Louisiana’s candidate-qualifying period ends Friday afternoon.

Roger Villere, chairman of the Republican Party of Louisiana, denounced Duke’s candidacy in a statement.

The white supremacist Duke is a former state representative who represented suburban New Orleans for one term more than two decades ago and was an unsuccessful candidate for Congress. His failed bid for governor in the 1991 race against former Gov. Edwin Edwards — who was later convicted of corruption — was one of Louisiana’s most high-profile elections, with Duke opponents proudly showing bumper stickers supporting Edwards that read, “Vote for the crook. It’s important.”

In a posting on his website, Duke said he’d been “urged by enormous numbers of people” in his district to run for United States Congress.

“With the country coming apart at the seams and no one willing to really speak the truth about what is happening, the majority population in this country needs someone who will actually give voice to their interests in the face of an increasingly violent hatefest launched by the media and political establishment against them,” Duke’s website says.

Duke is a convicted felon, pleading guilty in 2002 to bilking his supporters and cheating on his taxes. He spent a year in federal prison, but later denied any wrongdoing.