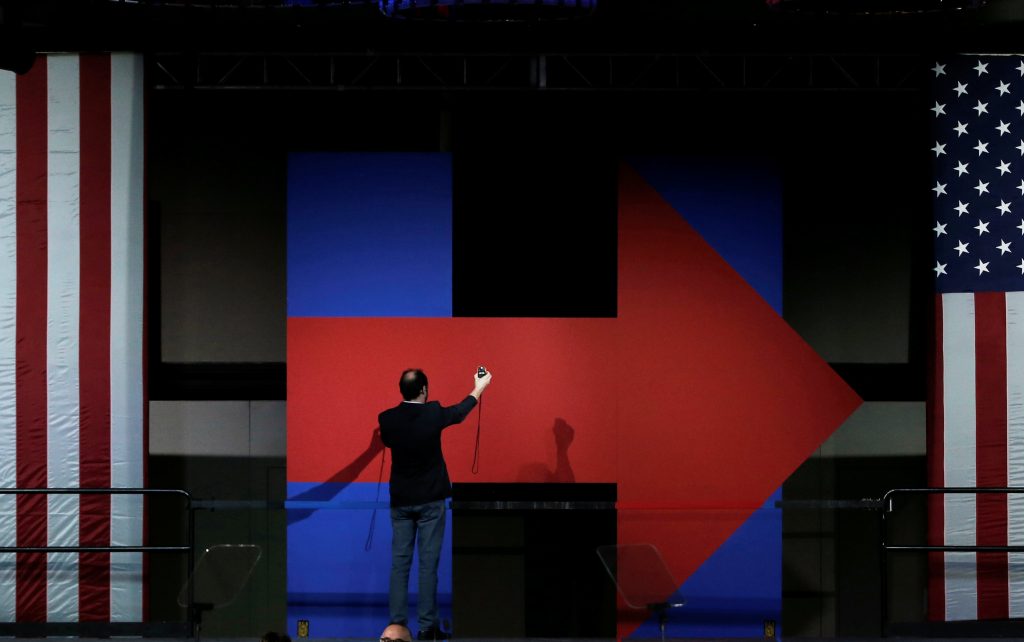 Two senators, Tim Kaine and Cory Booker, and Agriculture Secretary Tom Vilsack were among the contenders, according to a Democratic source with knowledge of the discussions.

“After promising to oppose the TPP, it’s important for Clinton to pick someone who shares that position,” said Stephanie Taylor, cofounder of the Progressive Change Campaign Committee

The Trans-Pacific Partnership free trade deal, known as TPP, became a key issue during the primary season, with critics contending that it would be unfair to American workers. Clinton’s chief rival for the Democratic nomination, Senator Bernie Sanders of Vermont, has headed the effort on the U.S. left to oppose the TPP and trade deals like it.

The Democratic source said that while Clinton’s decision was being closely held, there were “vibes” she may be leaning toward Kaine as a partner to take on Republican presidential nominee Donald Trump and his vice presidential running mate Mike Pence in the Nov. 8 election.

Clinton “wants somebody who will be a reliable partner she can trust and make the policy decisions” and potentially step into the presidency, the source said, adding that Clinton sees Kaine as someone who would “fit that bill.”

Hispanic-Americans, meanwhile, continued to push for a first-ever Latino on the Democratic ticket.

“For our members that kind of a message would certainly resonate,” said Yvanna Cancela, political director for the Culinary Workers Union in Las Vegas. “It is way past the time for when we have a Latino in one of the highest offices in the country.”

Labor Secretary Thomas Perez and Housing and Urban Development Secretary Julian Castro had both been mentioned.   Others have also come under consideration.

The source added that Senator Elizabeth Warren of Massachusetts, a favorite of the party’s liberal wing and a fierce critic of Wall Street, received close consideration by Clinton but would not provide the “right balance” for the ticket.

Others have also been under consideration in recent days, including Booker, to see if they hit a “surprise” chord with Clinton, the source said. Booker, an African-American, is a first-term senator and a former mayor of Newark, New Jersey.

Both Kaine and Vilsack have backed free-trade deals like the Trans-Pacific Partnership negotiation by the Obama administration, encompassing about 40 percent of the world’s economies stretching from Japan to Chile.

Critics include Trump as well as Sanders. Clinton herself has distanced herself from the trade deal.

Taylor said that it is “also important she pick someone committed to strong Wall Street reform,” saying that the “wrong pick” could hamper Democrats’ drive to keep Trump from winning the White House.

Booker traveled to Cleveland to defend the Clinton campaign, which has come under continued attack at the Republican convention there this week.

“The vile[ness] and the viciousness, it doesn’t reflect who we are as a country,” Booker said of the Republican convention, in an interviewed with MSNBC. Asked about his appearance Thursday on Clinton’s social-media account, Booker said it should not be read as tea leaves about a potential vice presidential pick.

“You have a social media-minded person and I understand this platform,” he said.

The Democratic source knowledgeable about the process said Clinton could announce her running mate as early as Friday in Florida. She will campaign there in the run-up to next week’s Democratic convention in Philadelphia, where Clinton is expected to be formally nominated.

Another Democratic source said Clinton might wait until Saturday to help keep the media focused on the Republican convention in Cleveland, where opposing wings of that party were in open warfare.

Media interviewer Charlie Rose, speaking with Clinton recently, noted that some view Kaine as “boring.” Clinton responded, “I love that about him.”

Susie Tompkins Buell, a close friend of Clinton, on Thursday would not comment on who might be the choice. But Buell, a major donor to Clinton’s campaign, said the person would be a “high contrast” to Trump’s choice of Pence.