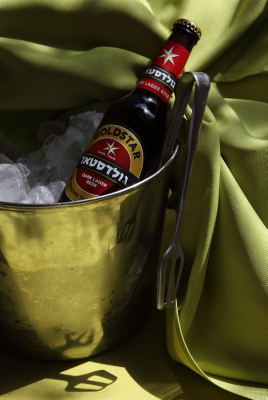 YERUSHALAYIM – Beer could be in short supply in Israel soon, as the Histadrut declared a work dispute at the manufacturing plants of the Tempo bottling company. Tempo is Israel’s largest bottler and drink manufacturer, and bottles, among other labels, Pepsi, as well as Israel’s most popular beers – Maccabee, Goldstar and Heineken.

The work dispute was declared as the union representing workers declared that negotiations on a new contract had hit a brick wall. In addition, the union is concerned over structural changes in the company that could result in layoffs.

Under Israeli labor law, a work dispute is declared for a period of two weeks, during which time management and labor attempt to work out their issues. If that does not happen, workers are free to declare a strike.

Moshe Samia, chairman of the Netanya region of the Histadrut, said that “company’s dragging of its feet in the negotiations and its refusal to move forward on an agreement have left workers with no choice but to move forward with our labor dispute. I call on management to come to its senses and move to resolve the problems, and restore its traditional positive relations with workers.”