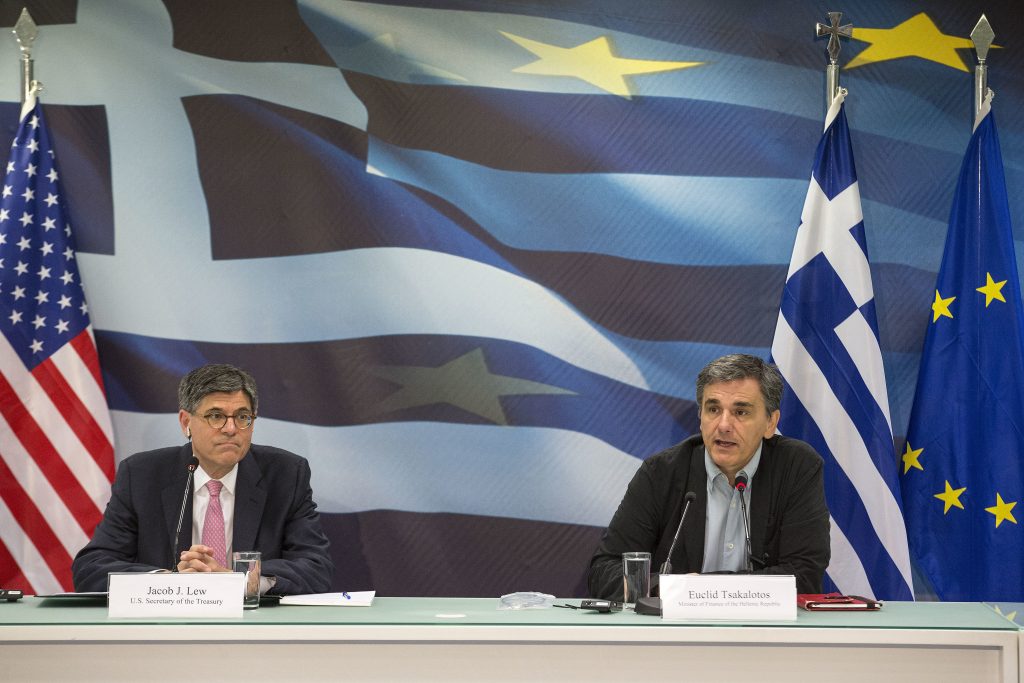 ATHENS, Greece (AP) — U.S. Treasury Secretary Jacob Lew stressed Thursday the importance of making Greece’s debt sustainable, praising the country’s progress in reforming its economy as part of its international bailouts but urging it to continue implementing the necessary measures.

Speaking in Athens after talks with Greek Finance Minister Euclid Tsakalotos, Lew said further progress on reforms was important so European creditors could begin discussions with the International Monetary Fund on “the timing and details of debt relief.”

“Putting Greece’s debt on a sustainable path is critical to Greece’s long-term economic health and I encourage all parties to be flexible to successfully conclude this fall’s negotiations,” Lew said.

Greece has been dependent on rescue loans from other eurozone countries and the IMF in three bailouts since 2010, after massive debt and a loss of investor confidence in the country’s ability to repay it left it locked out of bond markets.

To qualify for the funds, successive governments have had to implement painful austerity measures and reforms, including in the sectors of labor, pension and social security, as well as introducing successive tax hikes and launching privatization efforts. The reforms have come at a high cost, with Greece’s economy contracting by a quarter and leaving unemployment hovering at around 25 percent.

Making the country’s debt sustainable in the long term has been a key issue, with Greece insisting it needs a restructuring of its borrowings, which are now mainly made up of loans from other countries and the IMF. Lew stressed achieving debt sustainability and stability were key to ensuring Greece’s economy returns to long-term growth.

The treasury secretary was also to meet with Greek Prime Minister Alexis Tsipras and other government officials before heading to China for a meeting of G-20 finance ministers and central bank governors.