Business Stocks Pull Back After a Record-Setting Win Streak
Business 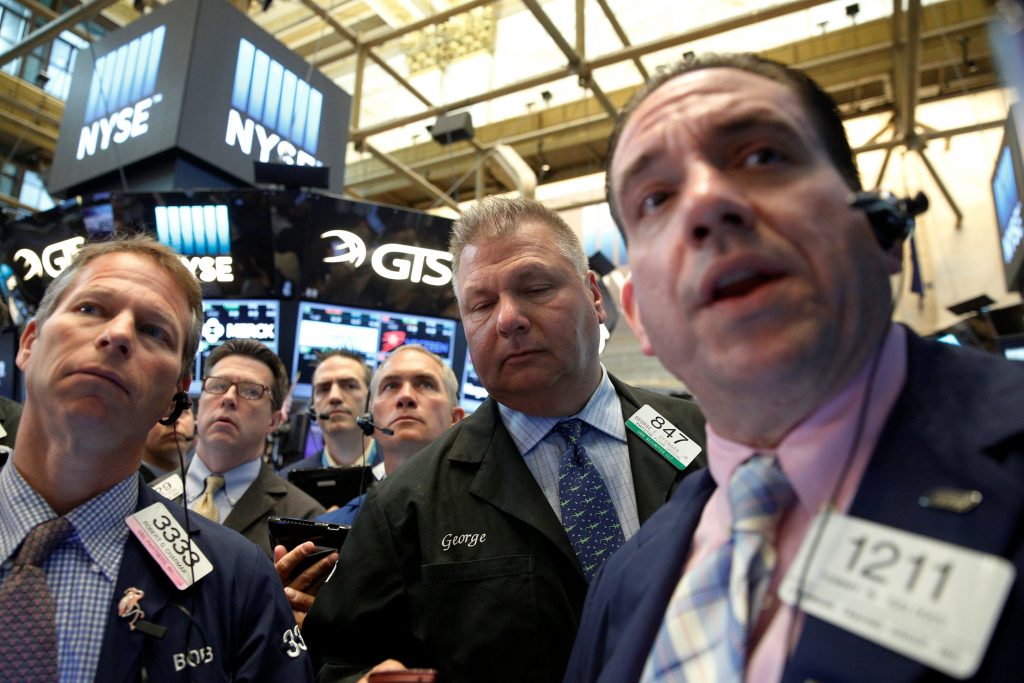 NEW YORK (AP) — Stocks pulled back in afternoon trading on Wall Street Thursday as investors hit the pause button following a record-setting streak. Several companies including Intel and Southwest Airlines reported earnings that disappointed investors. Industrial and materials companies had some of the biggest declines.

HIT THE BRAKES: Shares of electric car maker Tesla skidded after investors weren’t impressed with CEO Elon Musk’s “master plan” for the company, which was posted on Tesla’s website late Wednesday. Tesla is under scrutiny after one of its cars driving in Autopilot mode crashed in May, killing the driver. Tesla sank $7.39, or 3.2 percent, to $221.01.

REVVED UP: General Motors rose 59 cents, or 1.9 percent, to $32.09 after reporting that its profit last quarter more than doubled from a year ago. The company also raised its earnings forecast for the year.

HOW MUCH HIGHER? Stocks have climbed steadily upward since hitting a bottom nearly a month ago, aided by better-than-expected reports on corporate earnings and the U.S. economy. But while the data has often topped analysts’ forecasts, they still haven’t been all that strong. Corporate earnings likely weakened last quarter, for example, and the U.S. economy is still growing at a weaker rate than before the Great Recession. That could keep stocks hemmed in, says Rich Weiss, senior portfolio manager at American Century.

“It’s a confounding market,” he said. “This is a case where the U.S. stock market is the only place to go. It’s the best relative purchase out of markets.”

Even though stock prices may look expensive relative to how much profit companies are earning, Weiss said U.S. stocks can stay high because foreign stocks and bonds look even less attractive.

FULLY EQUIPPED: United Rentals surged $6.83, or 9.8 percent, to $76.69 after reporting better quarterly results than expected. It was the second-best performing stock in the S&P 500.

SOLD: Southwest Airlines fell $3.62, or 8.6 percent, to $38.41 after reporting revenue and earnings growth that fell short of analysts’ expectations. It had the biggest decline in the S&P 500.

OVERSEAS: European markets were mixed. France’s CAC 40 index slipped 0.1 percent, Britain’s FTSE 100 lost 0.4 percent and Germany’s DAX edged up 0.1 percent. The European Central Bank left all its interest rates at record lows, but its head said that it could add further stimulus as it gets a better sense of the effects of the United Kingdom’s recent vote to leave the European Union.