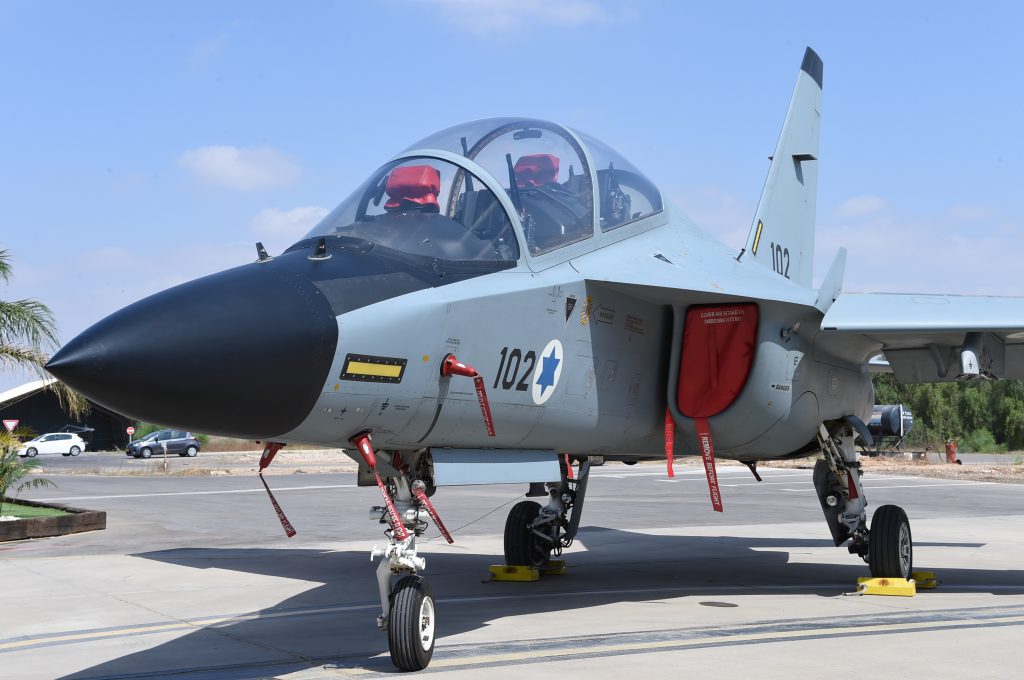 YERUSHALAYIM – The last of a 30-plane, $1-billion procurement package of trainer jets made in Italy arrived In Israel on Wednesday.

Delivery of the planes was taken at a festive ceremony in the Hatzerim training base in the south.

The Aermacchi M-346, is known in the Israeli Air Force as the Lavi.

The Defense Ministry touted the deal’s contribution of millions to Israel’s defense industry, a strengthening of ties with Italy, and the acquisition of a premier aircraft that will be used to train the air force’s next generation of pilots.

The Lavi’s arrival in 2014 began the phase-out of the Skyhawk, the 1960s fighters acquired from the United States that operated as trainers for four decades.

The Defense Ministry’s head of procurement, Shmuel Tzuker, said Israel’s decision to make the deal in 2012 for the M-346s with Italy instead of buying South Korea’s T-50 Golden Eagle was the right one.

“At the end of the day,” he said, “the Italian plane was better than the Korean one.” He said that rarely did military contracts of such a magnitude go through with so few delays and so much satisfaction.