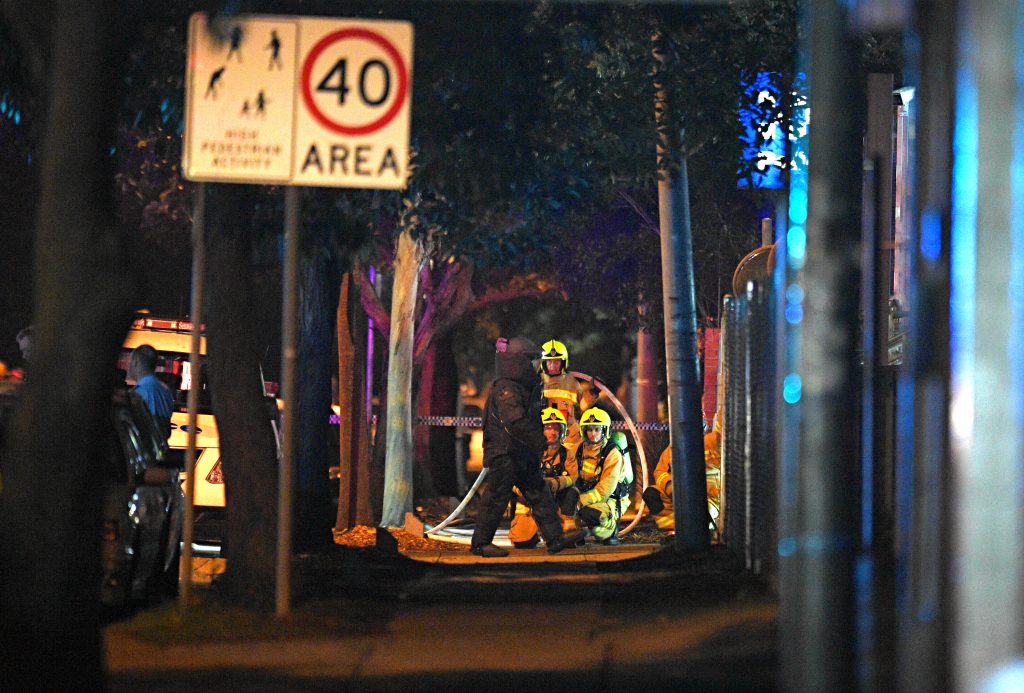 SYDNEY (Reuters) – Australian police on Thursday night arrested a man for an apparent attack on a Sydney police station, after he set himself alight and drove a car into its underground carpark.

Police said they had no reason to believe it was a terrorist attack or that the man, in his 60s, was connected to any terrorist organisation.

Media reported the man’s car contained gas canisters while New South Wales state Assistant Police Commissioner Dennis Clifford said there appeared to have been some kind of fire accelerant in it.

“Until we do some background investigation, we’re just uncertain about the motive,” Clifford told reporters.

“There’s nothing to indicate this is in any way related to terrorism.”

A staunch U.S. ally, Australia has been on heightened alert for attacks by home-grown terrorists since 2014, having suffered several “lone wolf” assaults, including a cafe siege in Sydney in which two hostages were killed.

Clifford said officers spotted the man sitting in his car outside the station, and when they approached him he set the inside of the car alight.

The man then tried to drive into the front of the police station before driving it into a roller door under the station. Police put out the fire, and the man was taken to hospital with severe burns, Clifford said.

Media reported that the man was known to police and was believed to have a mental illness. Clifford declined to comment on those reports but said the man was in a critical condition in hospital.

Police earlier cordoned off the station in Merrylands, in Sydney’s west, while officers from the Rescue and Bomb Disposal Unit searched the vehicle.

No members of the public or police officers were injured during the incident, police said.