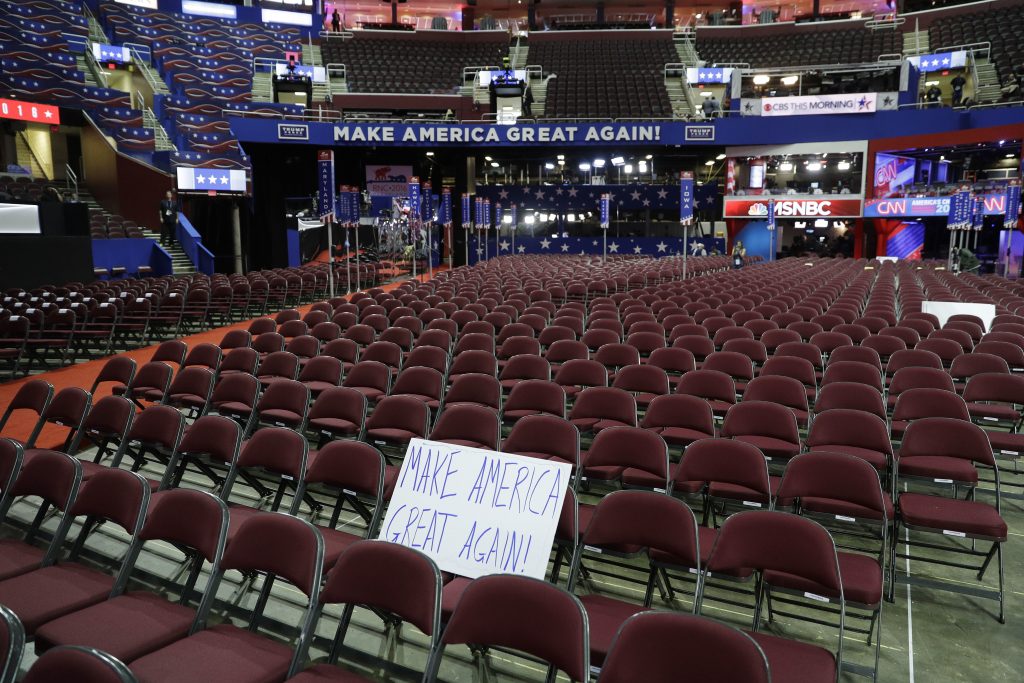 After struggling for more than 24 hours to come up with a coherent explanation for how portions of a 2008 speech by Michelle Obama had reappeared in the remarks delivered by Melania Trump at the Republican National Convention, a Trump staff writer said Wednesday that she was responsible and apologized for the “confusion.”

In a statement issued by the campaign, Meredith McIver took the blame but made it clear that Mrs. Trump knew the passages were from the first lady’s speech.

“In working with Melania Trump on her recent First Lady speech, we discussed many people who inspired her and messages she wanted to share with the American people,” says McIver. “A person she has always liked is Michelle Obama. Over the phone, she read me some passages from Mrs. Obama’s speech as examples. I wrote them down and later included some of the phrasing in the draft that ultimately became the final speech. I did not check Mrs. Obama’s speeches. This was my mistake, and I feel terrible for the chaos I have caused Melania and the Trumps, as well as to Mrs. Obama. No harm was meant.”

The passages in question came near the beginning of Mrs. Trump’s nearly 15-minute speech.

In one example, Mrs. Trump said: “From a young age, my parents impressed on me the values that you work hard for what you want in life, that your word is your bond and you do what you say and keep your promise, that you treat people with respect.”

Eight years ago, Mrs. Obama said: “And Barack and I were raised with so many of the same values: like, you work hard for what you want in life, that your word is your bond, that you do what you say you’re going to do, that you treat people with dignity and respect.”

There were similar overlaps in a passage dealing with conveying to children that there is no limit to what they can achieve. Mrs. Trump’s address was otherwise distinct from the speech that Mrs. Obama gave when her husband was being nominated for president.

McIver said that she offered her resignation on Tuesday “to Mr. Trump and the Trump family, but they rejected it. Mr. Trump told me that people make innocent mistakes and that we learn and grow from these experiences.”

McIver was described in the statement as an “in-house staff writer at the Trump Organization.”

Earlier on Wednesday, Donald Trump himself addressed the controversy on Twitter. “Good news is Melania’s speech got more publicity than any in the history of politics especially if you believe that all press is good press!” he wrote in one message. And then, “The media is spending more time doing a forensic analysis of Melania’s speech than the FBI spent on Hillary’s emails.”

And Paul Manafort, Trump’s campaign chairman, had told CNN on Wednesday that the two women employed “similar words,” but, because Melania Trump is not a candidate for office, “the controversy that you’re talking about is not meaningful at all.”

“She was expressing her personal feelings,” Manafort said. “That’s the final word.”