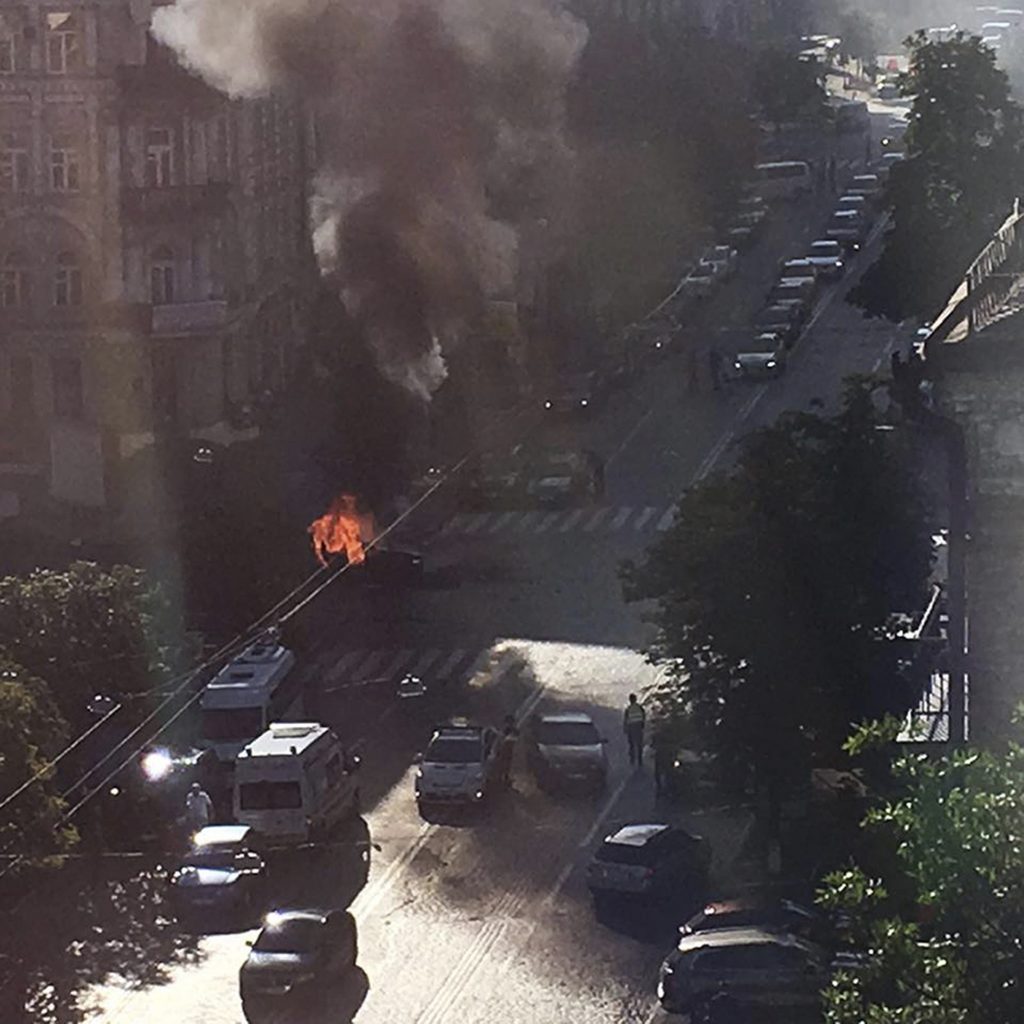 MOSCOW (AP/Reuters) — A prominent journalist has been killed in a car bombing in Ukraine’s capital, Kiev.

The country’s top online publication Ukrainska Pravda said on Wednesday that its top journalist Pavel Sheremet died in an explosion as he got into his car to drive to work in the morning. The publication said the car was owned by its editor-in-chief.

The 44-year old Belarusian-born journalist irked officials in Belarus and Russia before he moved to Ukraine, where he said there were fewer hurdles to independent reporting.

The founder of Ukrayinska Pravda, Georgiy Gongadze, was an investigative journalist who was murdered 16 years ago. That incident helped to precipitate Ukraine’s Orange Revolution —  civil disobedience and other acts of protest that led to new elections in the corruption-ridden country.