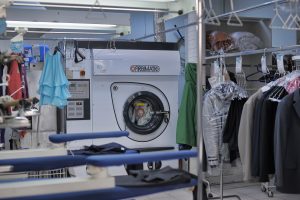 New York State is launching an investigation into the working conditions of employees in the dry cleaning industry.

Gov. Andrew Cuomo says the effort will include the study of chemicals commonly used by dry cleaners that pose a health risk to workers. The effort will involve consideration of proposals to ban some chemicals deemed especially harmful.

The Democratic governor announced the investigation Wednesday in New York City. He also detailed several other steps taken by the state to protect workers, including new ventilation rules for nail salons.

Cuomo also says that a state task force created last year to examine worker exploitation has so far ordered more than 1,500 businesses to pay nearly $4 million in back wages and damages.