Politics No Endorsement From Cruz; Congratulations But That’s All
Politics 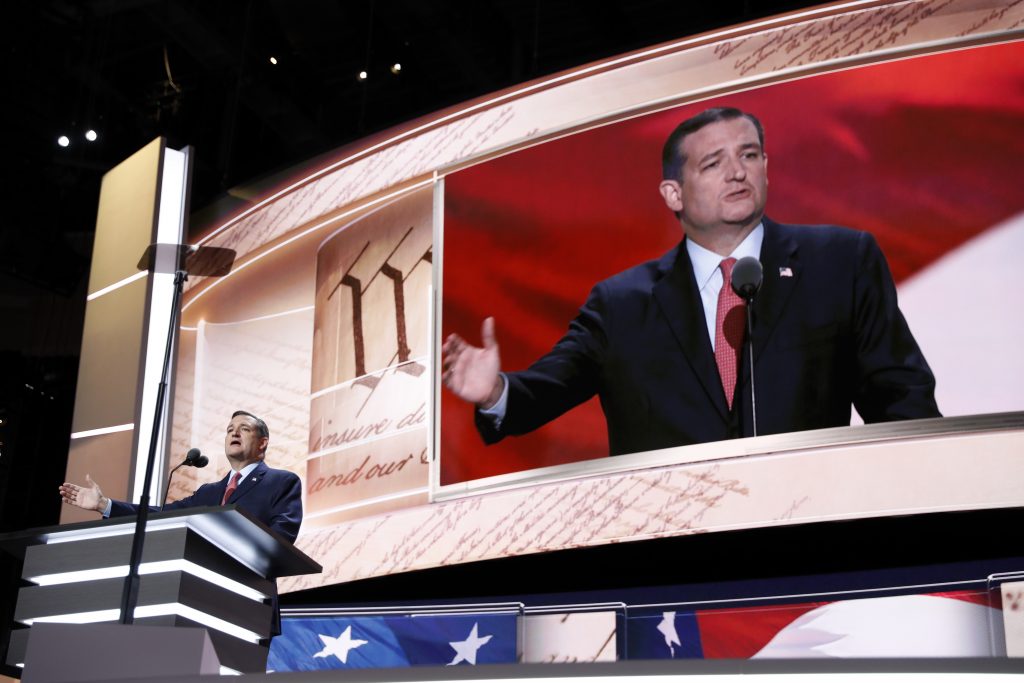 Undercutting calls for Republican unity, Texas Sen. Ted Cruz stubbornly withheld his endorsement from Donald Trump Wednesday night as he addressed the GOP convention, ignoring noisy pleas from delegates and instead encouraging Americans to “vote your conscience” in November.

In a surreal moment, Trump unexpectedly walked into the arena as Cruz was wrapping up his remarks. Delegates chanted Trump’s name, then erupted in a chorus of boos when Cruz continued to resist their appeals.

“Vote for candidates up and down the ticket who you trust to defend our freedom and to be faithful to the Constitution,” Cruz said. While he backed some of Trump’s policy proposals, including building a wall along the U.S.-Mexico border, he mentioned the GOP nominee by name only once.

Ted Cruz’s decision to accept a speaking role at the convention but not explicitly endorse Trump was remarkable, and underscored the deep divisions still coursing through the GOP. It also raised questions about why the Trump campaign invited Cruz to speak – in a headlining role, no less – without getting him to agree to an endorsement.

The stunning moment upended what had been the convention’s most successful night. Taking the stage shortly after Cruz, former House Speaker Newt Gingrich tried to explain away the senator’s lack of support for the nominee.

Later, Trump was turning to his newly named running mate Indiana Gov. Mike Pence to close Day 3 of the convention on a more unifying note. A favorite of evangelicals, Pence was expected to urge conservatives to shed their unease about Trump by explaining why he chose to partner with a man who is his opposite in temperament, experience and, in some cases, policy.

The gulf between Pence’s hearty embrace of Trump and Cruz’s reluctance is emblematic of the turmoil still roiling the GOP.

Trump did get a boost from Wisconsin Gov. Scott Walker, one of the 16 Republicans whose White House dreams were vanquished during the primary. Still, Walker suggested he was driven as much by a desire to keep Democrat Hillary Clinton out of the White House as admiration for his party’s nominee.

“Let me be clear: A vote for anyone other than Donald Trump in November is a vote for Hillary Clinton,” Walker said.