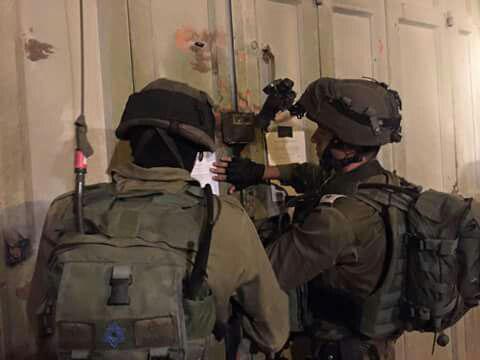 YERUSHALAYIM – IDF soldiers early Wednesday sealed three buildings that had been used as munitions factories by Arabs in the Chevron area. The factories were shut down earlier in the week. The weapons were seized and the owners of the buildings arrested.

Overnight Tuesday, security officials said they arrested 13 wanted security suspects in Yehudah and Shomron. The suspects were wanted for participating in rioting and for throwing stones and firebombs which endangered Israeli civilians and IDF soldiers. Several of the suspects were also charged with belonging to Hamas. All were being questioned on their activities by security forces.

Also Tuesday night, soldiers seized weapons that had been smuggled into Israel from Jordan by Palestinian Authority Arabs. Two suspects were arrested. Among the weapons smuggled in were M16s, 20 handguns and a large quantity of ammunition.