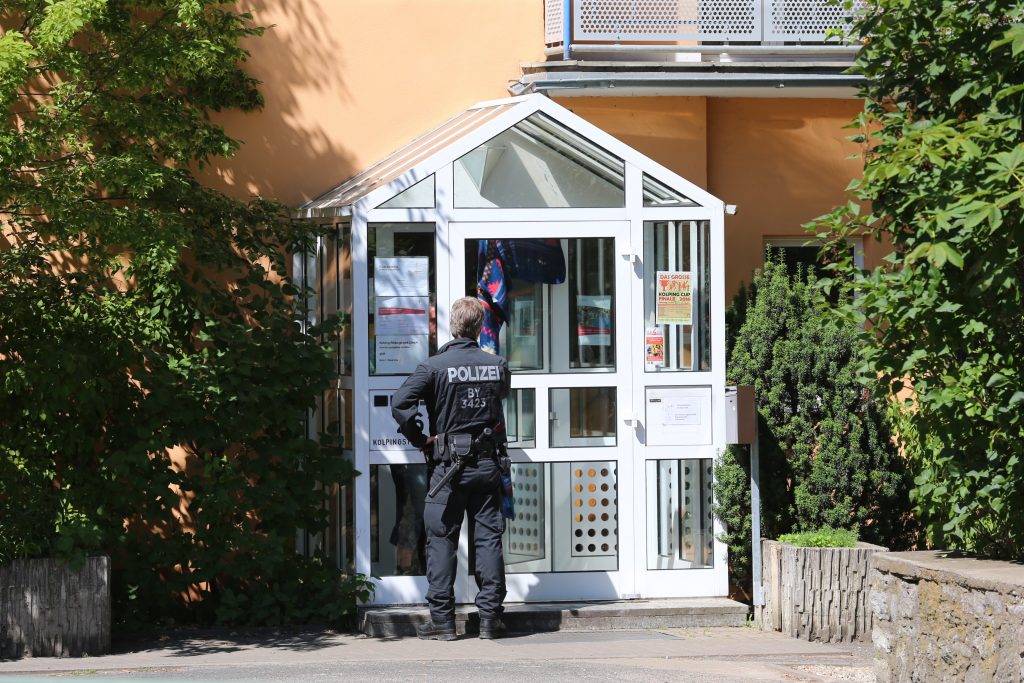 The minister also said Germany would pledge a further €160 million ($176 million) to help stabilize Iraq at a donor conference of 24 countries in Washington.

“The attacks of the past have shown us there is no absolute security,” Steinmeier told Reuters in a written interview. “Terror strikes randomly and can hit each of us individually.”

“The fact is, we urgently need even closer cooperation between police and intelligence agencies in Europe, and better information sharing.”

He said it was also critical to keep fighting Islamic State in the Middle East and to improve the prospects of people in areas freed from its influence.

On Monday, a 17-year-old Afghan refugee injured five people in southern Germany before being shot dead by police, the latest in a string of attacks claimed by Islamic State.

Steinmeier said the only long-term way to combat extremism was to create conditions that allowed different religious and social groups to live together peacefully, both in the West and in the Middle East.

Steinmeier headed to Washington on Wednesday for the conference, and for meetings on Thursday with foreign and defense ministers to take stock of the fight against Islamic State.

He said Germany was already providing more humanitarian and stabilization aid than any other country and would give another €160 million for 2016 and 2017, bringing the total amount of German civilian assistance to more than €473 million.

Germany is a co-host of the donor conference, which aims to raise $2 billion, and has also offered the Iraqi government a subsidized €500 million loan to help stabilize liberated areas.

“Week by week, IS is pushed further back. The joint actions of the international community against IS are working. But military success will only have a long-term effect if the Iraqi state has the confidence of the people in the liberated areas,” said Steinmeier.

The contributions will help ensure the safe return of Iraqi people to liberated areas, and fund landmine removal. Some €10 million are earmarked for humanitarian aid for Mosul, Iraq’s second-largest city, captured by Islamic State two years ago.

“When the city of Mosul is freed from Islamic State, we will face enormous humanitarian, societal and political challenges, just as we saw when Falluja was liberated,” Steinmeier noted.

The Islamist terrorists, who also control large parts of Syria, have been broadly retreating since December, when the Iraqi army recaptured the city of Ramadi.

Despite the current fundraising efforts aimed at solving those challenges, U.S. and European officials say more must be done to support Iraq; a country plagued by political infighting, corruption and a growing fiscal crisis, as well as deep resentment of the Shiite Muslim-led government among minority Sunnis, who provide the bedrock of support for Islamic State.