World Fire Breaks Out in Another Dubai Skyscraper
World 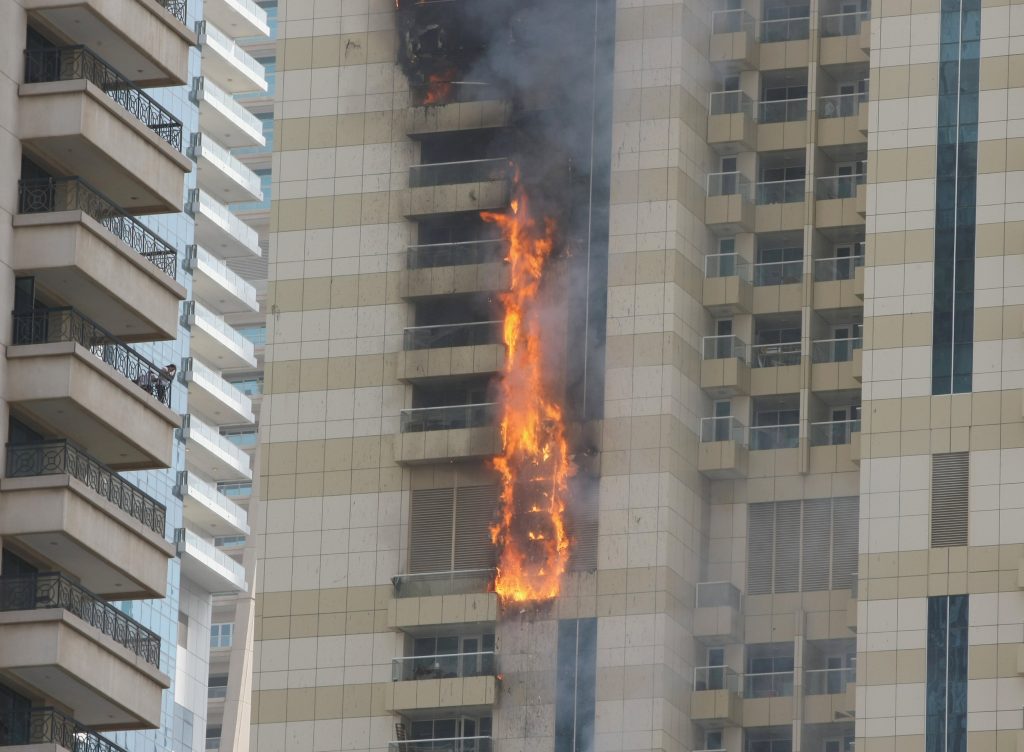 DUBAI (Reuters) – Fire broke out at a 75-floor residential tower in Dubai on Wednesday, Reuters witnesses said, the fifth blaze in a skyscraper in the oil-rich United Arab Emirates in recent years.

Flames leapt out of windows toward the top of the Sulafa tower in the upscale Marina district, and 10 to 15 floors appeared to have been charred.

Burning debris floated toward the ground and firefighters approached the site with sirens blaring.

In March, a fire broke out at a residential tower in the nearby Emirate of Ajman.

On the night of January 1, a blaze hit a landmark downtown hotel in Dubai; in February last year, fire broke out at a 79-floor residential tower in Dubai, and in November 2012, a 34-floor Dubai residential building was partially gutted.

In some of those cases, experts said the flames may have been encouraged to spread by flammable exterior cladding, used for decoration or insulation.

The UAE revised its building safety code in 2013 to require that cladding on all new buildings over 50 feet tall be fire-resistant, but older buildings are exempt.