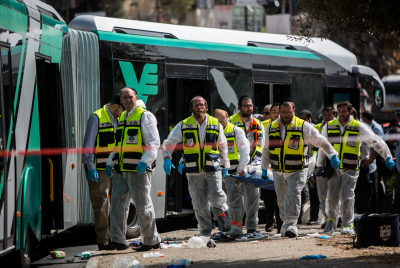 YERUSHALAYIM – The Knesset on Monday approved on its first reading a bill that will allow a court to order the removal of social media content that is deemed offensive, of detrimental interest to state security, or supportive of terrorism. With a court order, technology experts employed by the state will have the right to raid servers of companies that sponsor these posts and block them without having to inform the companies.

Currently, when security officials see incitement-related posts on social media, they file complaints with the company hosting the offending content, which may or may not respond quickly or at all. With the new law, social media companies will be obligated to remove offensive content, or face penalties – such as the closure of the site in Israel, or fines of up to NIS 300,000.

The bill was sponsored by MK Revital Sweid, along with other Knesset members. The law was needed, she said, because “Israel has been facing a terror wave in recent months. Accompanying that has been an uptick in the use of social media by terrorists to spread their messages of incitement, on the Internet in general and especially on social networks.”

Sweid said that the law was dedicated to the memory of Richard Lakin, Hy”d, killed last October in a terror attack on a bus in Armon Hanetziv. Before the murder, one of the two terrorists who killed Lakin and three others posted messages saying that he planned to “die as a martyr” on social media. After the murders, videos showing a “replay” of the murders surfaced and Sweid said they were still available online.

Many of those posts were on Facebook, but “Facebook is not responsible for the terror wave,” said Sweid. “Some offensive posts get removed immediately, so we know they can remove terror content, and that is what we want them to do.”

In a recent interview, Public Security Minister Gilad Erdan railed at Facebook founder Mark Zuckerberg, saying that he had “Jewish blood on his hands” for allowing his platform to be used to promote and praise terror acts.

The blood of Jews murdered in terror attacks is on the hands of not only the terrorists who carry out those attacks, Public Security Minister Gilad Erdan said Motzoei Shabbos, but also on the hands of a man half a world away – Mark Zuckerberg, the CEO of Facebook. Speaking in a media interview several days after the murder of Hallel Yaffa Ariel, Hy”d, the 13-year-old who was murdered while she slept in her home in Kiryat Arba, Erdan said that the social media site was being used for “monstrous purposes,” spreading the message of terrorism to encourage more attacks on Israelis. Recent murders of Israelis could be laid at the doorstep of “Mr. Zuckerberg,” said Erdan, because “they could have reported posts that terrorists put on their pages, such as in the case of last week’s horrible murder.”

Press reports said that the terrorist murderer of Ariel, Muhammad Tararia, had recently written numerous posts praising terror attacks against Israelis, with the last one saying that “I have the right to die as a martyr and I want to take advantage of this right.”

While it may not be the responsibility of social-media companies to seek out such posts, it is the company’s obligation to do something about them when they are brought to the company’s attention – and they have refused to do so. There have been several instances, Erdan noted, where police shared with Facebook disturbing information about a resident of Yehudah and Shomron, “and the company does not cooperate.”