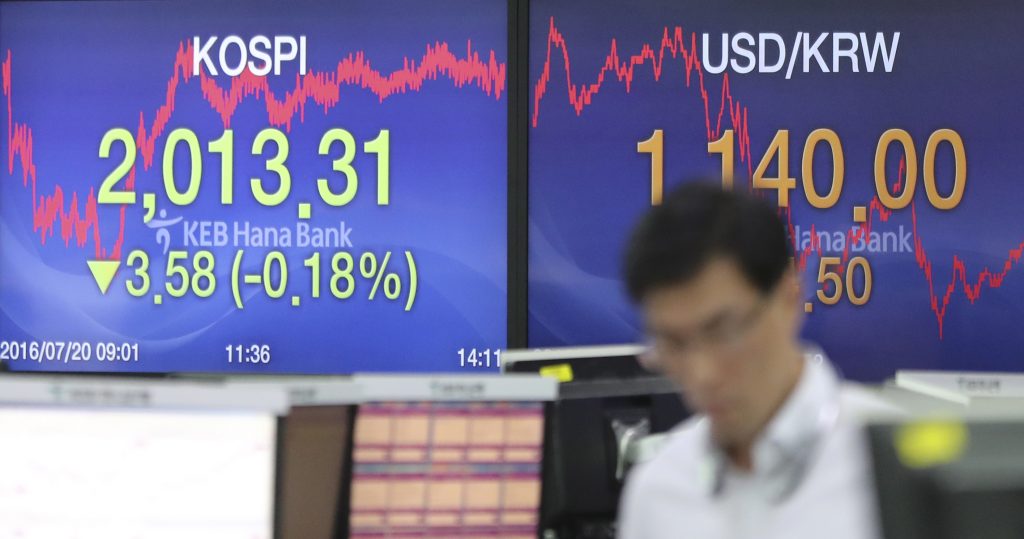 “Speculation on monetary easing has run out of steam and market focus is now turned to company earnings, which are the better proxy of the underlying economic performance,” Margaret Yang, a markets strategist at CMC in Singapore, said in a daily commentary.

The IMF said Tuesday that Britain’s decision to leave the European Union will reduce global economic growth this year and next. It lowered its estimate for worldwide growth to 3.1 percent this year, 0.1 percentage point lower than its previous forecast. The downward growth revision added to the gloomy outlook, amid questions about whether recent stock market rallies were sustainable. Major global stock market indexes have hit all-time highs since Britain’s Brexit referendum.

Benchmark U.S. oil futures added 11 cents to $45.56 per barrel in electronic trading on the New York Mercantile Exchange. The contract fell 49 cents to close at $45.45 a barrel on Tuesday. Brent crude, the standard for oil sold internationally, gained 11 cents to $46.77 a barrel in London.