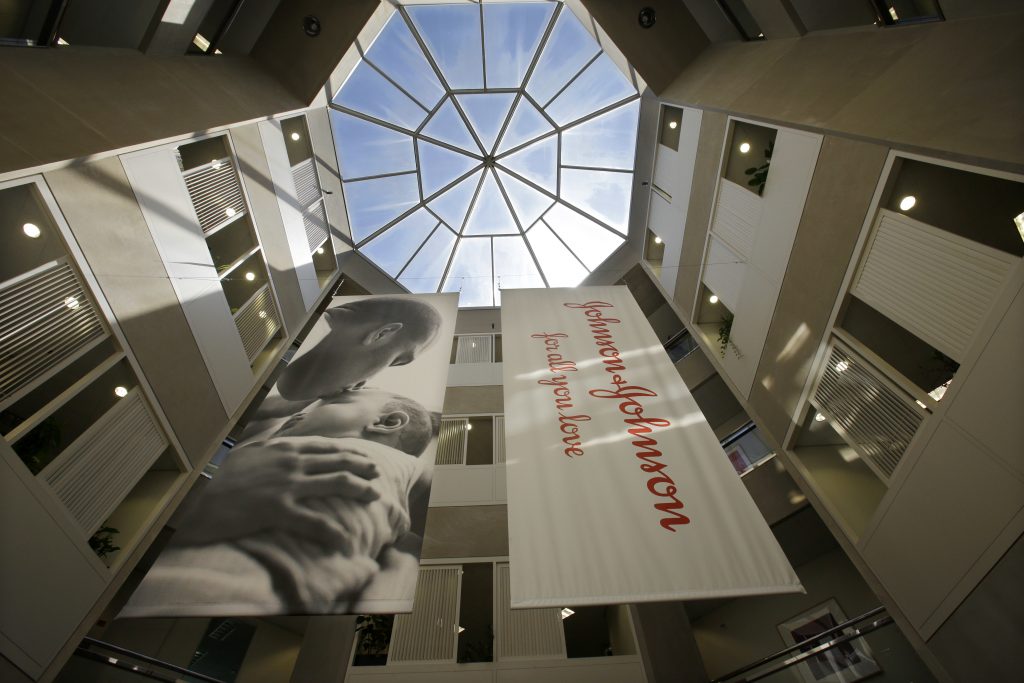 J&J has been trading at all-time highs as prescription medicines like Remicade and psoriasis drug Stelara spur sales and stem a lull in other businesses. In the second quarter, drug sales increased 8.9 percent to $8.7 billion, helping offset a decline in consumer products, while revenue from medical devices was little changed.

One factor boosting sales was that J&J overestimated rebates to insurers and pharmacy benefit managers. When the actual, smaller rebates were calculated, there was a $140 million increase in J&J’s drug sales, according to Louise Mehrotra, vice president of investor relations. Drugmakers pay rebates as part of arrangements that get their products covered.

Second-quarter earnings were $1.74 a share, excluding some items, compared with the $1.68 average of 20 predictions compiled by Bloomberg.

Chief Executive Officer Alex Gorsky said he’s not expecting a biosimilar to launch this year to compete against Remicade, which grew in sales to $1.78 billion, topping analyst estimates of $1.71 billion. Remicade accounted for more than 20 percent of drug revenue for the New Brunswick, New Jersey-based company last quarter.

Gorsky said that the company remains confident because 70 percent of 2.4 million patients on the drug are responding to the treatment. Those positive results make it unlikely they’d switch to a new drug, he said.

The company will also consider deals of any size and for any of its three main businesses, Chief Financial Officer Dominic Caruso told Bloomberg News in an interview, though when it comes to pharmaceuticals, the company is more interested in less risky licensing agreements.

Here are other highlights for the second-quarter:

Sales at the consumer business — which includes baby-care products, the facial soap Neutrogena and mouthwash Listerine — fell 1.8 percent from the previous year, pressured by foreign exchange rates, J&J said in a statement Tuesday announcing the results. The consumer division will bring in an additional $350 million this year through its acquisition this week of Vogue International LLC, Caruso told analysts.

The company’s medical device sales increased by 0.8 percent from last year as it undergoes a restructuring.

J&J’s shares have almost doubled since the start of 2010. The company has topped earnings estimates every period since the fourth quarter of 2010.