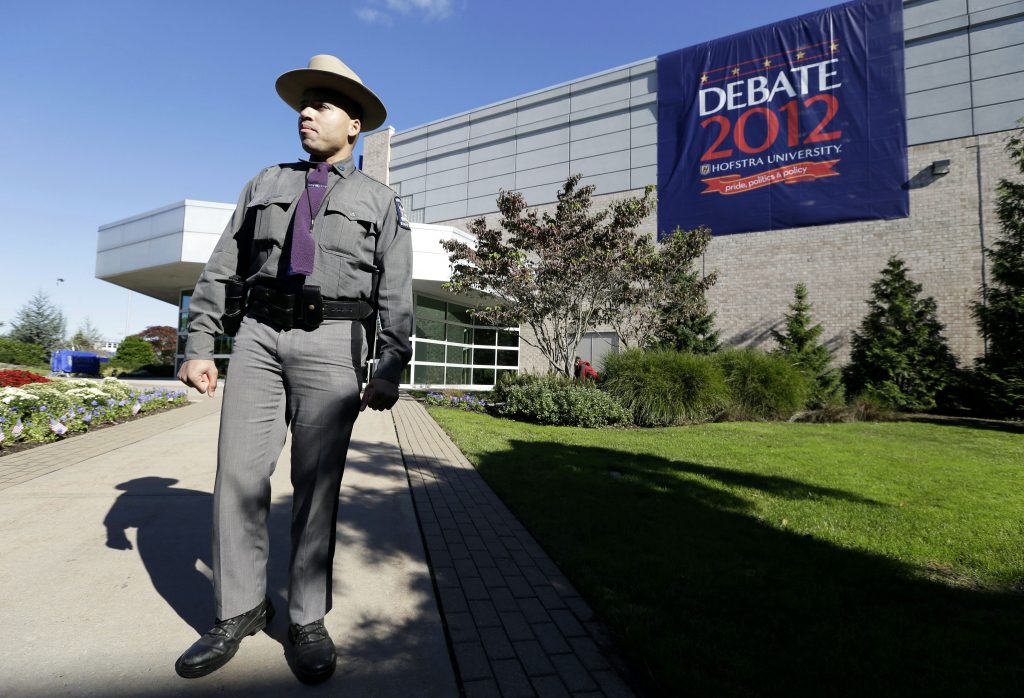 The first presidential debate of 2016 will be held at Hofstra University on Long Island, after an Ohio university withdrew as host due to rising security worries and costs.

The shift means the first debate will be in the home state of both presumptive nominees, Republican Donald Trump and Democrat Hillary Clinton.

Wright State University President David Hopkins said the Dayton-area school has a large, open campus and questions about the ability to protect the campus and suburban community during the Sept. 26 debate led to a decision that had “weighed heavily” on him. Recent days have seen the mass killings in Nice, France, and police shootings and other violence in this nation and elsewhere.

“Over the last few weeks, we have had a growing concern about what it would take to guarantee the safety and security … of those on and around our campus,” Hopkins said. He called the expense to do so “daunting.”

Wright State, which has about 18,000 students, had earlier said it was spending $5 million to $6 million to put on the debate. Hopkins said the costs with added security could have gotten up to $8 million.

The Commission on Presidential Debates announced quickly that Hofstra University would take over. The Long Island-based university had agreed last year to serve as an alternate site. It hosted debates in 2012 and 2008.

Hofstra said it was honored to be called on to host again.

“This is an extraordinary privilege and responsibility,” Hofstra President Stuart Rabinowitz said in a statement. “We greatly appreciate the faith shown in us by the Commission on Presidential Debates, and we have begun preparations for a very successful debate.”

Hopkins had called landing the debate for Wright State’s Nutter Center “a huge win” when the commission announced its choices last year. Ohio politicians also hailed it as underscoring the importance of the swing state in the presidential race.

The chairman of Wright University’s board of trustees, Michael Bridges, said withdrawing as a debate location was “the responsible thing to do.” He said the community has been “overwhelmingly supportive” of hosting the debate but safety and security took precedence.