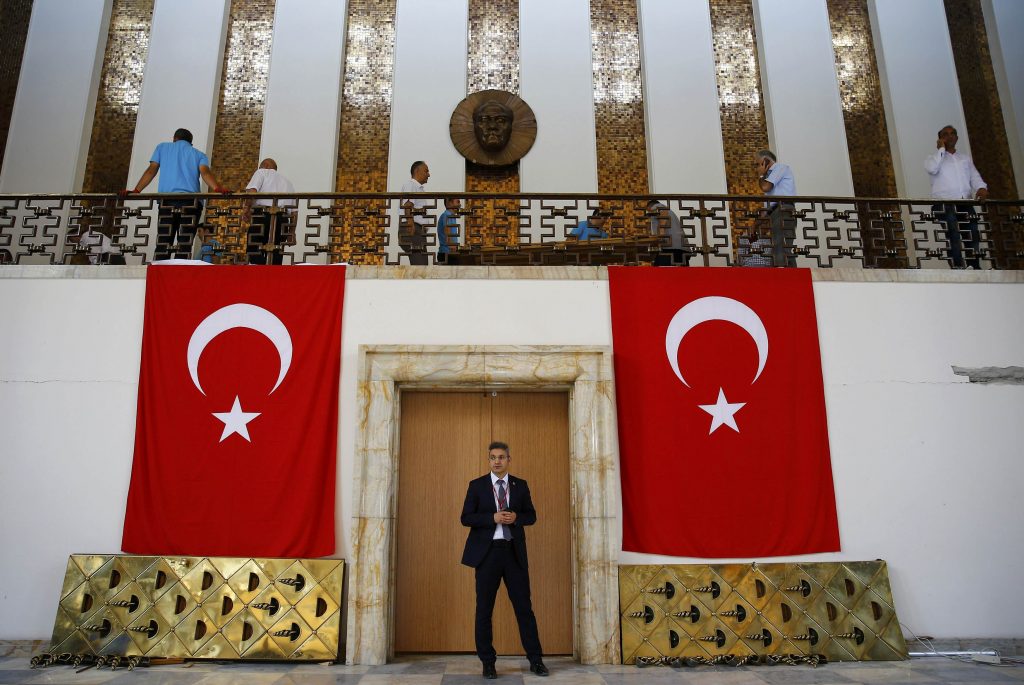 The central bank has responded to the government’s repeated calls for cheaper credit while presiding over a weakening lira currency and above-target inflation.

Economy Minister Nihat Zeybekci told Reuters in an interview late on Monday he expected the central bank to continue with “bold” rate cuts, adding he would understand if it took no action at this time following the coup attempt.

“Market developments will be closely monitored and the necessary liquidity measures will continue to be taken to support financial stability,” the bank said in a statement.

The bank cut the highest of the multiple interest rates it uses to set policy to 8.75 percent. It left its benchmark one-week repo rate unchanged at 7.5 percent.

Eight of 19 economists in a Reuters survey had forecast a 25 basis point cut in the upper band, while six expected a cut of 50 basis points. The remaining five predicted no change.

A faction of Turkey’s military attempted to topple the government in a coup that started late on Friday night but later crumbled as Erdogan supporters answered his call and took to the streets in defiance of the plotters.

Financial markets were impacted and some analysts have voiced concerns about the ensuing widespread crackdown on the judiciary and civil service.

Following the interest rate decision, the lira was little changed on the day, at 2.9780 from the previous session’s close of 2.9755.