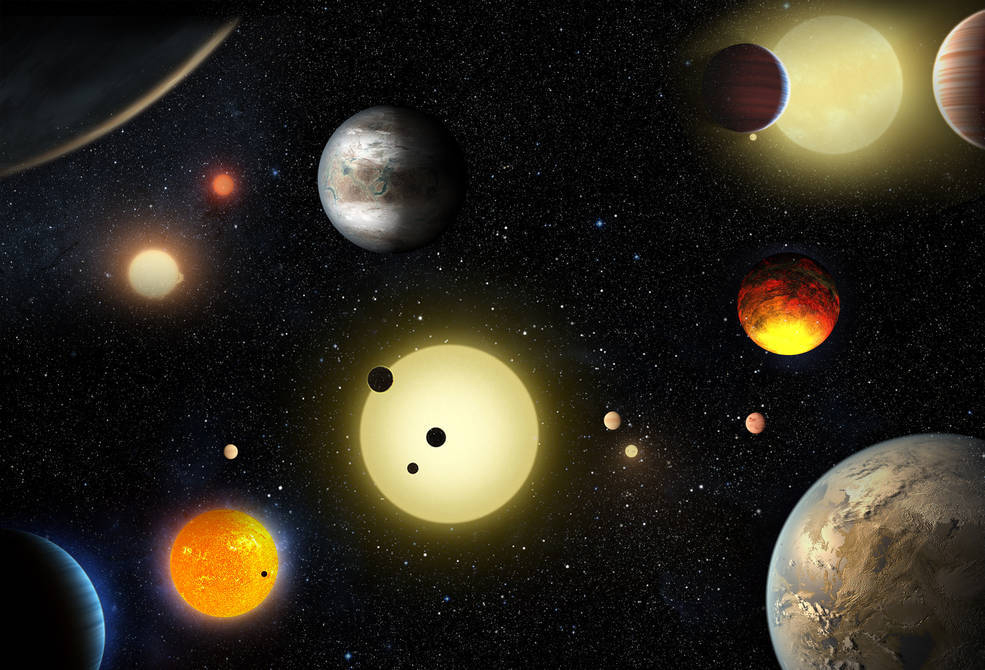 Whenever you feel like things are just too tough, remember what K2 has been through. The space robot formerly known as Kepler should have been put out of commission by a 2013 hardware failure, but some genius engineering gave it a second life. Instead of joining the ranks of defunct satellites and other space debris, the exoplanet-hunting spacecraft has kept doing what it does best: sifting through heaps of glittering, distant stars to find the treasures that orbit around them.

And on Monday, NASA announced a record-breaking haul: K2 has confirmed the existence of 104 planets outside our solar system. The find includes a group of four exoplanets orbiting the same star — a band of potentially rocky worlds that might be Earth-like.

That’s a drop in the bucket for the Kepler mission overall (the spacecraft has already confirmed more than 2,000 planets, many of them potentially habitable), but this is the largest dump of planetary confirmations made in the secondary K2 mission.

For the first few years of its mission, Kepler used three of its reaction wheels to keep it centered precisely on a single swath of the night sky. It was looking for fluctuations in starlight — dims and flickers and winks — made by planets as they passed in front of the 150,000 stars in Kepler’s field of vision. Then one of those reaction wheels failed. Without it, the spacecraft was unstable, and any outside force could knock it totally out of position.

Instead of calling it quits, the mission scientists transitioned into a second wave of observation called K2, which started in 2014. K2 uses the physical power of the sun to keep Kepler from being unwieldy. The light from the sun acts as a virtual third reaction wheel, physically pushing against the craft’s solar panels as the three physical reaction wheels push back. The tension keeps the telescope in place, but it has to be repositioned every 80 days to keep the solar forces hitting it in just the right place.

Most of the “new planets” discovered by Kepler are just new analysis of data collected during Kepler’s main mission. But the intrepid second mission occasionally has its own successes to celebrate.

Some of the haul’s most interesting planets — a quad of potentially rocky worlds about the same size as Earth — wouldn’t even have been found without K2’s unique handicaps.

“Kepler’s original mission observed a small patch of sky as it was designed to conduct a demographic survey of the different types of planets,” Ian Crossfield, a Sagan Fellow at the University of Arizona’s Lunar and Planetary Laboratory, said in a statement. Crossfield is the lead author of the study announcing these newly confirmed worlds, published this week in Astrophysical Journal Supplement Series. “This approach effectively meant that relatively few of the brightest, closest red dwarfs were included in Kepler’s survey,” he explained.

The M dwarf star K2-72, which sits 181 light years away, fits that description: It’s just half the mass of our own sun and not as bright. But because the four could-be-rocky worlds discovered around it orbit so close, some of them might be in the star’s habitable zone, the range in which liquid water could be found.

The planets were confirmed using follow-up observations from the North Gemini telescope and the W. M. Keck Observatory in Hawaii, the Automated Planet Finder of the University of California Observatories and the Large Binocular Telescope operated by the University of Arizona. Like other K2 finds, these nearby worlds will make great study targets when NASA’s much-anticipated James Webb Space Telescope launches in 2018.