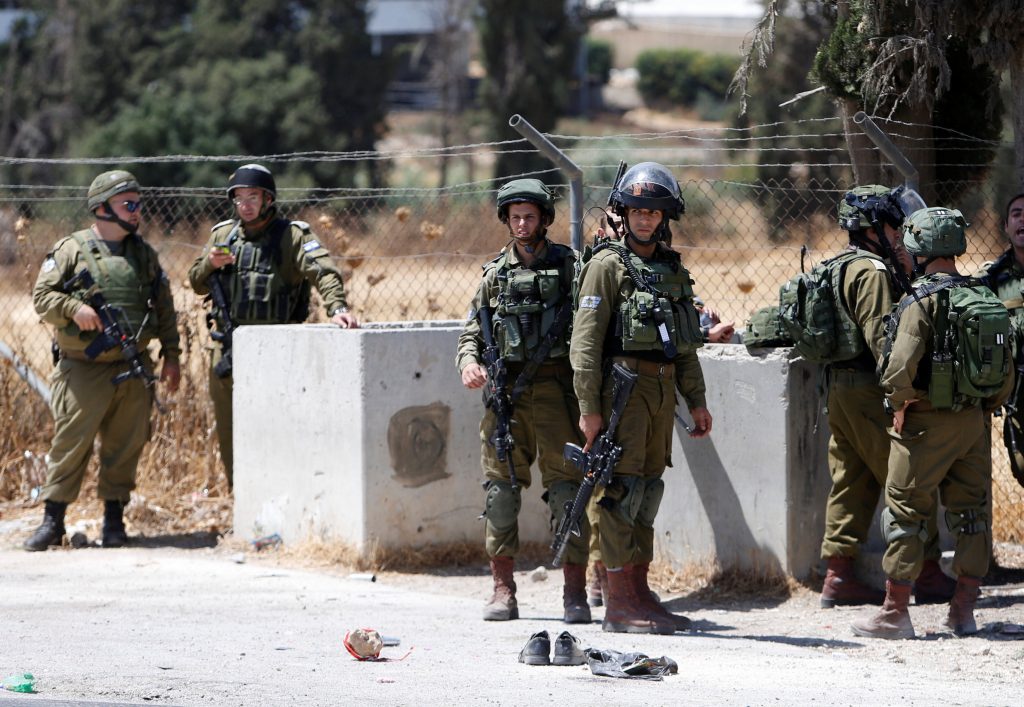 Two IDF soldiers were wounded in a stabbing attack in Gush Etzion Monday afternoon. The incident occurred on Road 60, near the El Aroub Junction. The soldiers were lightly to moderately injured, and the terrorist was neutralized. The soldiers, in their 20s, were taken to the Shaare Zedek Medical Center in Yerushalayim.

The terrorist approached the soldiers and stabbed them in the hands and the upper portions of their bodies. Other soldiers at the scene responded by shooting the terrorist in the stomach. He is in serious condition and was taken to an Israeli hospital for treatment.

Also Monday, drivers on Road 443 reported that Arabs were throwing rocks at Israeli vehicles near Beit Horon. No one was injured in the incident. Security forces were searching for the rock throwers.

Overnight Sunday, police arrested a resident of a Bedouin village in the Negev who tried to grab a weapon from an IDF soldier at the entrance to the Mishmar Hanegev army base. The soldier was able to overcome and subdue his attacker, and held him until police arrived and arrested him.