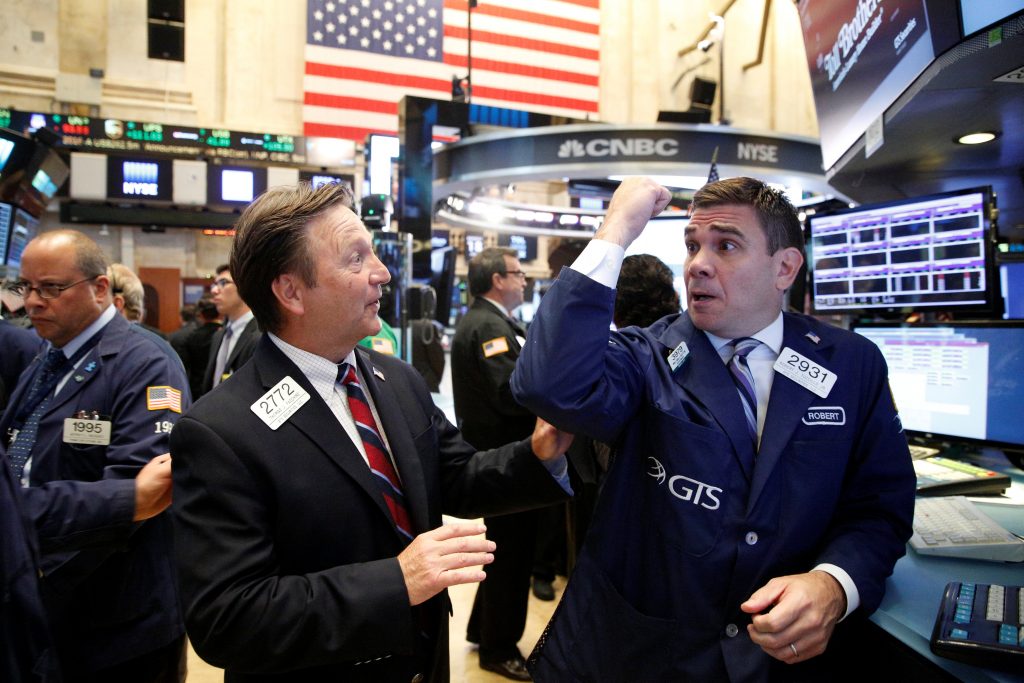 U.S. stock indexes edged higher in afternoon trading Monday, and the Standard & Poor’s 500 index was within reach of setting a record high for the fifth time in six days. Technology stocks led the way.

CARRY ON: This past weekend’s attempted coup in Turkey, which caught investors’ attention after most stock markets closed for trading Friday, initially triggered a jolt in the currency markets. But when stock markets around the world got their first opportunity for trading since the attempt, they largely held steady, and the Turkish lira recovered some of its steep losses.

“The market is looking at things with a half-full lens these days, and there’s some basis for the market to take this in stride,” said Matthew Peron, head of global equity at Northern Trust Asset Management.

The coup attempt was quickly halted. Plus, economic reports around the world have been coming in better than analysts expected. “There is a firmer footing to the global economy, and this isn’t enough to knock that narrative,” Peron said.

BETTER (THAN EXPECTED) BANKS: Financial stocks rose after Bank of America reported earnings that were better than analysts were expected. Banks have been struggling with low interest rates, which limit the profits they can make from making loans. Bank of America nevertheless reported a smaller decline in earnings than analysts forecast, due in part to higher trading revenue and cost cuts.

CATCHING UP: Monday marked a flip of the leaderboard that investors have seen for much of the year. Financial stocks are the only sector of the S&P 500’s 10 that are still down for the year, while technology has made one of the smallest gains.

For much of 2016, the types of stocks seen as the safest and steadiest have led the way. Telecom stocks, for example, are up nearly 22 percent when the S&P 500 is up less than 2 percent.

PLAYED OUT: Hasbro was the worst-performing stock in the S&P 500. It fell $6.30, or 7.4 percent, to $79.20. The company reported better-than-expected overall quarterly earnings, but revenue growth for its boys’ toy unit was slower than analysts expected. The unit is Hasbro’s largest and accounts for 40 percent of its total revenue.

THE SAFETY TRADE: The traditional hiding spots investors have flocked to when scared were mixed. The price of gold was up 0.1 percent to $1,329 per ounce, but U.S. government bond prices fell. The yield on the 10-year Treasury note, which moves in the opposite direction of its price, rose to 1.57 percent from 1.55 percent late Friday.

EARNINGS RUNWAY: A slew of companies are scheduled to report their quarterly earnings this week, including nearly a fifth of the S&P 500 index. Analysts have dim expectations, with forecasts for a fourth consecutive decline in earnings.

But many investors will be paying more attention to what companies have to say about upcoming earnings trends than how they did during the spring. Analysts are expecting earnings for the S&P 500 to return to growth in the current quarter, and investors hope to hear CEOs say at least that conditions are improving, if not good.