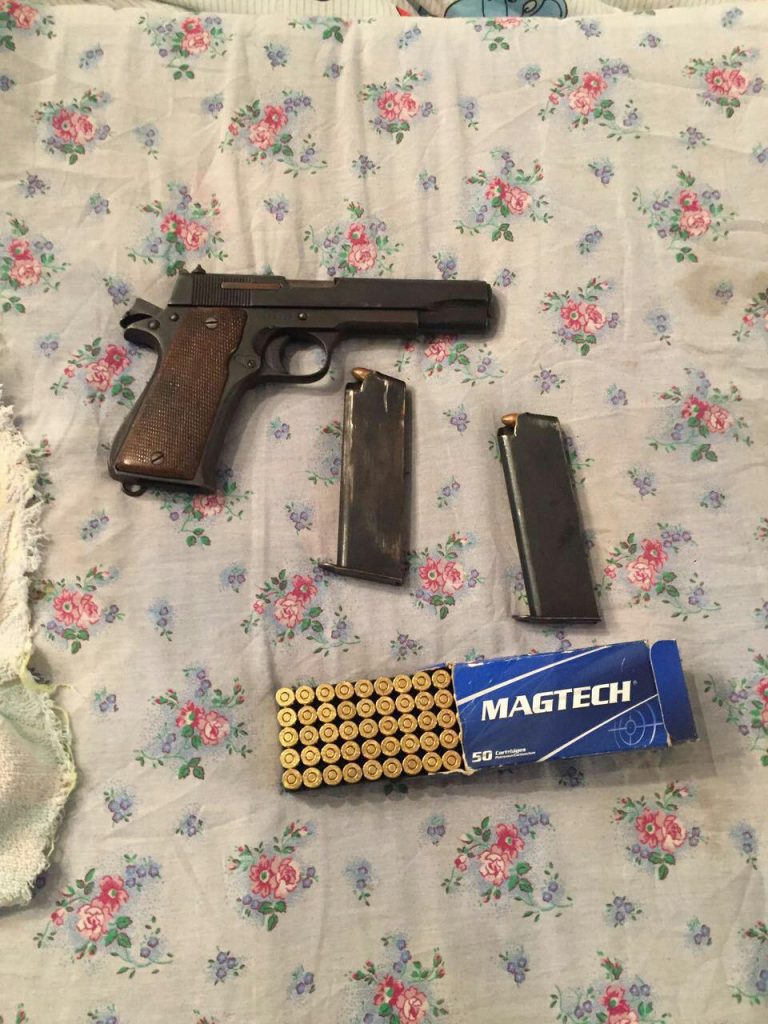 Israeli police announced Monday that overnight Sunday they arrested 62 residents of the Triangle, the Arab communities east of the Sharon region, as well as several residents of Netanya, on charges of trafficking in illegal weapons. The arrests came after a year of undercover work by a police operative who infiltrated the gangs involved in weapons theft and sales.

Some 600 police officers descended on the homes and gathering places of members of the gangs overnight Sunday, seizing not only weapons, but ammunition, cash and illicit substances. Police said that they expected to make many more arrests after questioning the detainees.

Prior to the arrests, Police Chief Roni Alsheich and Public Security Minister Gilad Erdan feted the undercover officer, an Israeli Arab, for his work, awarding him with a plaque and a special award certificate for his work.

Erdan said that he “salutes the brave work of the agent that brought to light the activities of these gangs, and of the police who participated in the arrests. We consider the war against illegal weapons to be one of our top priorities, and we will continue to use all means at our disposal to prevent it. This operation proves once again that when it comes to law enforcement there are no Arabs, Jews, or Christians – there are just those who observe the law and those who break it, and I hope that the agent who was involved in this investigation will serve as a role model for young people, especially in the Arab sector, who are the prime victims of the high crime made possible by the availability of illegal weapons.”