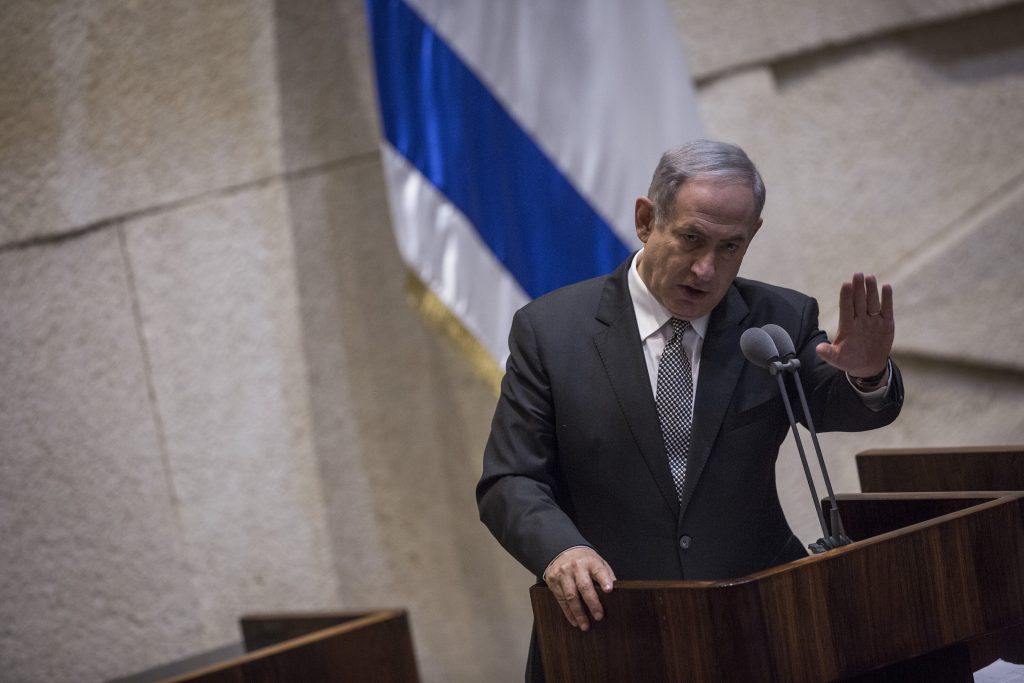 Opposition MKs whose public exchanges with Prime Minister Binyamin Netanyahu have until now been limited to shouted interjections during his speeches or denunciations of him in their own speeches, as of Monday were given the opportunity to question him directly in a new Question Time format in the Knesset.

As expected, Netanyahu had to fend off questions about alleged wrongdoing by his former chief of staff Ari Harow. The latter’s police investigation has been making headlines in the local media. Although the details of the case are under a gag order, Harow is reportedly suspected of conflict of interests violations. Harow was reportedly interrogated by the National Fraud Investigations Unit for 15 hours last Thursday before being put under house arrest. The questioning, which continued on Monday morning, was said to pertain to the prime minister as well.

Responding to a question from MK Yael Cohen Paran (Zionist Camp), the prime minister said, “There is a flood of nonsense, inventions, lies. This has been checked for many years and nothing has been found for a simple reason: There is nothing. There never was anything. In this instance too, there is no fire, no smoke — just hot air. A lot of hot air.”

Before taking questions on other matters, the prime minister added emphatically, “I want to give you a spoiler. So anybody who doesn’t want to hear should block their ears or leave the hall: In this case nothing will come (of it) because there is nothing. There is nothing,” he said.

Regarding a U.S Senate report confirming that the U.S. State Department had indirectly funded an organization, V-15 (for Victory in 2015), which was working to defeat Netanyahu in the last campaign for prime minister, he gave his first public reaction:

“No one denied that this happened. A Senate sub-committee published the report. V-15 were helped by governments, though the State Department still says it didn’t know about it — but the money was donated in order to try to influence election results in Israel. The Likud protested against it in real time, and got no response from the Courts.”

On the planned evacuation of the Shomron outpost of Amona, which has strained the coalition in recent days, Netanyahu said, “Amona is a matter of doing justice in an issue that’s been going on for many years. Several proposals have come up, and the defense minister asked for a few days to examine the matter. All involved parties would like to see a settlement rather than anything else.”

Question Time calls for the prime minister to answer questions for one hour and forty minutes (the forty minutes added for the additional portfolios he holds as foreign, communications, economy, and regional cooperation minister). Three-quarters of the questions will come from the opposition.