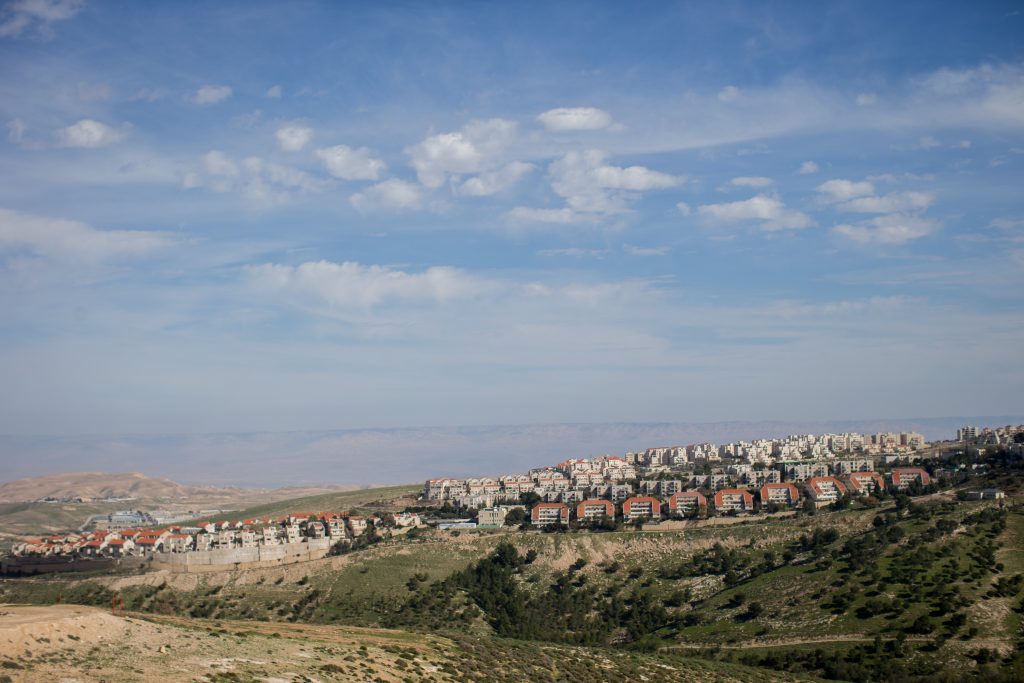 A bill to annex Maalei Adumim, a city in Yehudah and Shomron just east of Yerushalayim, was introduced in a special meeting of the Knesset on Monday.

The proposal, brought by the MKs of the Land of Israel lobby, garnered signatures from members of all the coalition parties, including Knesset Speaker Yuli Edelstein (Likud) who gave his endorsement on Monday.
Contrary to the views of American and European diplomats that annexation will harm peacemaking efforts, Edelstein declared that Israel’s “hesitation” in asserting sovereignty in the area has distanced prospects for peace.

“It’s important that we are reversing the trend,” he said. “The move we are making today will win. We will take the long path towards passing the law together, and will succeed.”

Speakers at the ceremony cited a poll commissioned by the caucus in May showing that 78 percent of Israeli Jews are in favor of annexing Maaleh Adumim. Edelstein said that Maaleh Adumim should be the first place to be annexed because it reflects that “consensus.”

Chairman of the Land of Israel lobby MK Yoav Kish told the gathering that Maalei Adumim is only the beginning: “Let there be no doubt: This is the opening of a battle for Israeli sovereignty in Yehuda and Shomron.”

Maalei Adumim Mayor Benny Cashriel said the time has come for the city to become Israel proper and its housing market, allowing young couples to live in Greater Yerushalayim. Maalei Adumim has a population of some 30,000.

Cashriel also noted that prominent left-wing politicians—including former prime ministers Yitzhak Rabin and Ehud Barak and former minister Yossi Beilin—were on record as saying the city would be part of Israel in the terms of any peace agreement with the Palestinians.

The bill will be brought before the Ministerial Committee for Legislation prior to submission to the plenum.