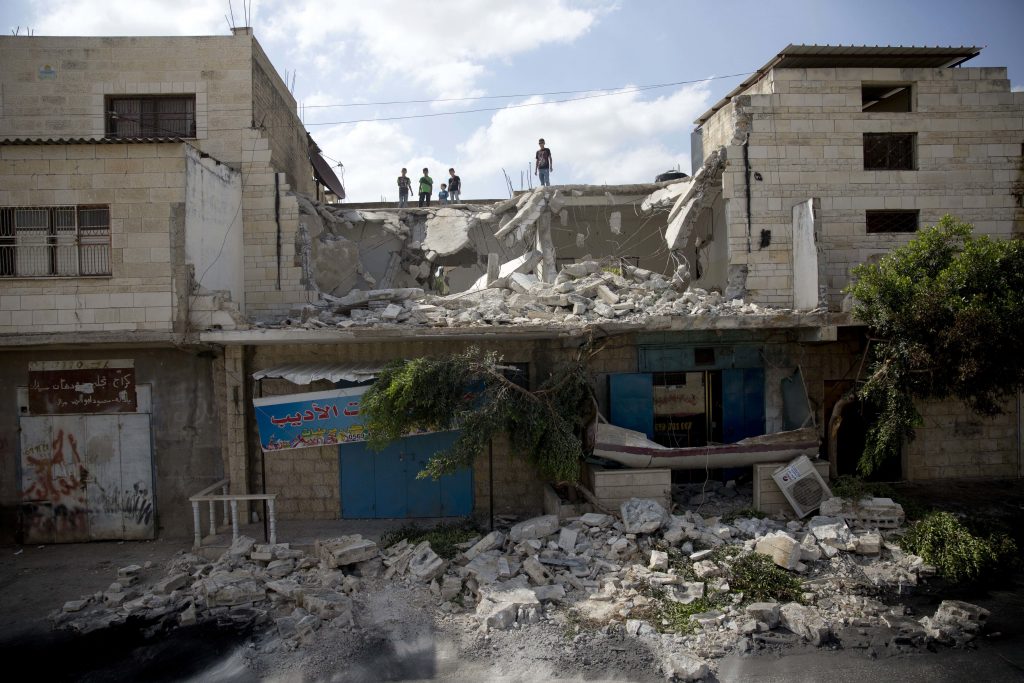 IDF forces overnight Sunday demolished the home of the family of Bilal Abu Zeid of Kabatya, the murderer of Hadar Cohen, Hy”d, who was killed in a terror attack at the Damascus Gate in the Old City of Yerushalayim on February 3.

Zeid was one of three terrorists, residents of the village of Kabatiya near Jenin in northern Shomron, who smuggled weapons into Yerushalayim in order to carry out the attack. Cohen, a border guard, lost her life as she protected civilians, keeping them out of the line of fire. Zeid’s is one of seven homes that have already been demolished or are set to be torn down in connection with the case.

During the demolition process, riots broke out in the village, with Arabs throwing firebombs and shooting at IDF soldiers. Soldiers fired back, injuring three armed terrorists.

Overnight Sunday, security officials said they arrested three wanted security suspects in other areas in Yehudah and Shomron. The suspects were wanted for participating in rioting and throwing stones and firebombs that endangered Israeli civilians and IDF soldiers. Several of the suspects were also charged with belonging to Hamas. All were being questioned on their activities by security forces.