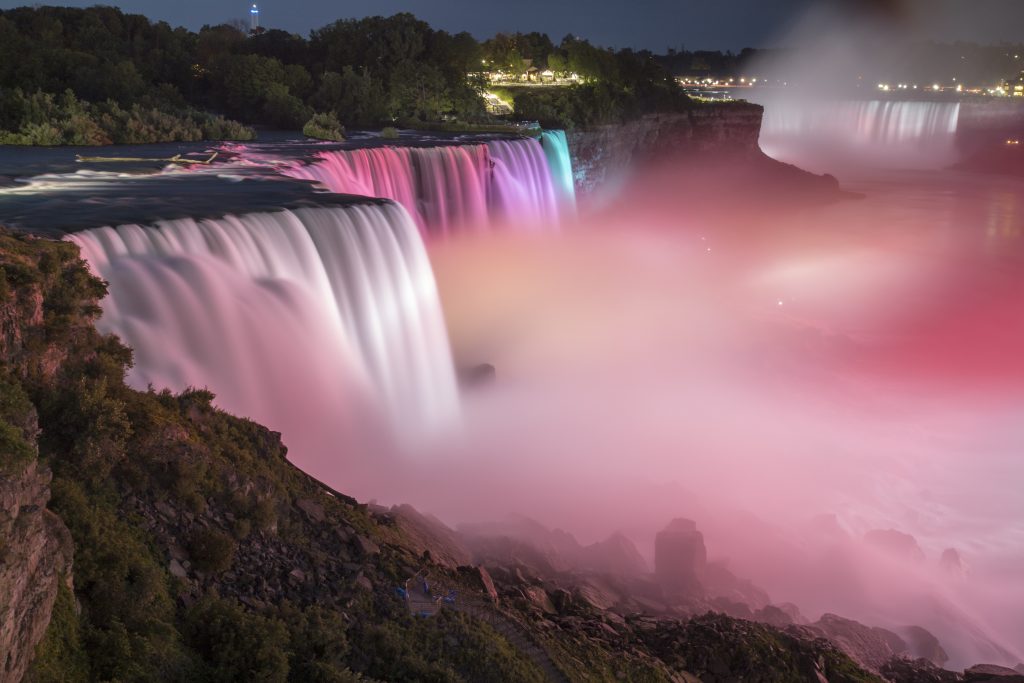 Two people were rescued from a disabled motor boat that was adrift near the brink of Niagara Falls, a hazardous nighttime operation that was hindered by high winds but helped when nearby dams lowered the river level.

Police using a boat reached the pair after the winds prevented a helicopter from getting to them.

The 2 1/2-hour effort began around 11 p.m. Sunday, when the U.S. Coast Guard said its Buffalo station was notified by one of the boaters that their 18-foot boat had hit a reef and was adrift near Goat Island, which lies between the American and Canadian falls.

The boat kept drifting until officials at the nearby hydropower plants lowered the level of the Niagara River. That grounded the boat about a half-mile from the top of the falls.

A rescue effort by police helicopter failed due to high winds. A Park Police rescue boat was then able to reach the vessel and bring the two passengers to shore. The disabled boat was later towed to shore around 1:30 a.m.

Lt. Patrick Moriarty of the park police said the boaters put their lives at risk for cruising into the river’s exclusion zone. The zone is a federally designated section that extends hundreds of yards upriver from the brink.

“We’re like the last line of defense before someone would go over the falls,” Moriarty said.

Buoys alert boaters that they’re approaching the no-go zone. Moriarty said the boaters were inexperienced and didn’t understand the markers.