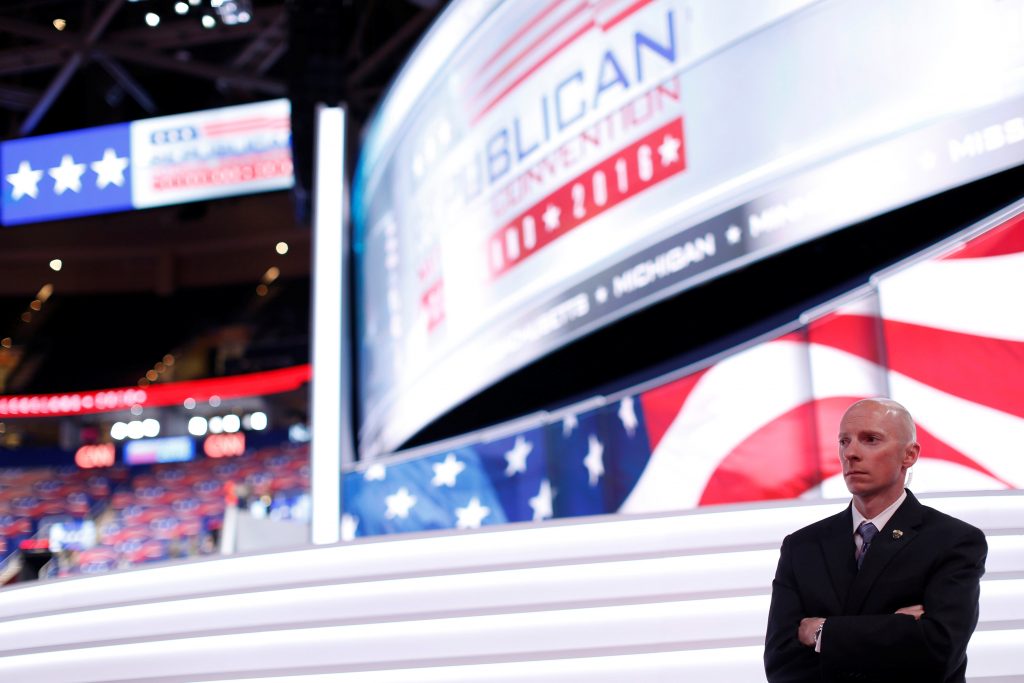 As Republicans meet in Cleveland this week to anoint Donald Trump as their candidate for president, senior aides to the outspoken New York businessman are confident they have thwarted a rebellion aimed at denying him the nomination.

For the past week, Trump’s team has worked to beat back opposition to the party’s presumptive nominee for the presidential election. Some establishment Republicans are alarmed by his provocative comments on immigrants and Muslims and his break with party orthodoxy on issues such as trade.

Trump supporters gave conservatives control of the party’s policy platform, helping end efforts to change the rules that govern how delegates vote. A majority of delegates are pledged to Trump through his victories over 16 Republican rivals in the party’s presidential nominating contests.

“It was crushed,” Paul Manafort, a senior aide to Trump, said of the anti-Trump revolt.

Forces opposed to Trump could still make noise at the convention, which runs from Monday to Thursday. Anti-Trump organizers have suggested they will try to force a vote on the convention floor on Monday that would allow delegates to register their unhappiness with the nominee.

But the effort appeared to face steep odds.

“Anything can happen at a convention, especially when you have an outsider like Trump as the presumptive nominee,” said Greg Mueller, a Republican strategist who worked with the “Never Trump” operation during the primaries.

But he added: “Trump has a team of veteran campaign operatives working his campaign right now, so I think any attempt to try and yank the nomination from him at the convention is unlikely, especially at a time when most GOP delegates are focused on one thing – winning and ending the misery Democrats have put us in,”

Trump’s team, working with the Republican National Committee, attempted to broker a deal with anti-Trump forces during the Rules Committee meeting last week. Ultimately, no deal was reached and a vote to try to allow bound delegates at the convention to vote against Trump was overwhelmingly defeated.

Trump, 70, who has never held elective office, is expected to accept the nomination on Thursday night after being formally chosen on Tuesday. His vice presidential running mate, Indiana Governor Mike Pence, 57, will speak on Wednesday.

Convention organizers have also been seeking to prevent problems outside the hall. Thousands of Republican delegates are gathering amid a threat of protests both for and against Trump. Pro- and anti-Trump demonstrators clashed at various Trump events during the campaign.

Security was extraordinarily tight in Cleveland, with downtown streets lined by concrete traffic dividers and tall metal fences, propelled by a new urgency after an attacker drove his truck into a holiday crowd in Nice, France, last week, killing 84 people.

The Cleveland police union called for the suspension of a state law allowing people to carry firearms during the convention. But Ohio Governor John Kasich, a one-time rival to Trump, said he was powerless to act despite heightened security concerns with the killing on Sunday of three police officers in Baton Rouge, Louisiana.

Jeff Larson, the chief executive of the convention, said organizers were not concerned about the likely arrival of armed people at the protests, pointing out that previous events had been held in the state without suspending the open-carry laws.

The focus of Monday’s events will be “Make America Safe Again,” and include speakers discussing the 2012 attack in Benghazi, Libya, that killed four Americans, including U.S. Ambassador Chris Stevens. Republicans have criticized the response to the attack by Trump’s likely Democratic rival, Hillary Clinton, who was then secretary of state.

The streets of Cleveland began to fill on Sunday with supporters and vendors, offering souvenirs ranging from Trump bobbleheads to anti-Clinton T-shirts.

“There was some contention in the beginning – I think that’s smoothed out to the point that we’re all uniting behind Trump one way or the other,” Daniel said.