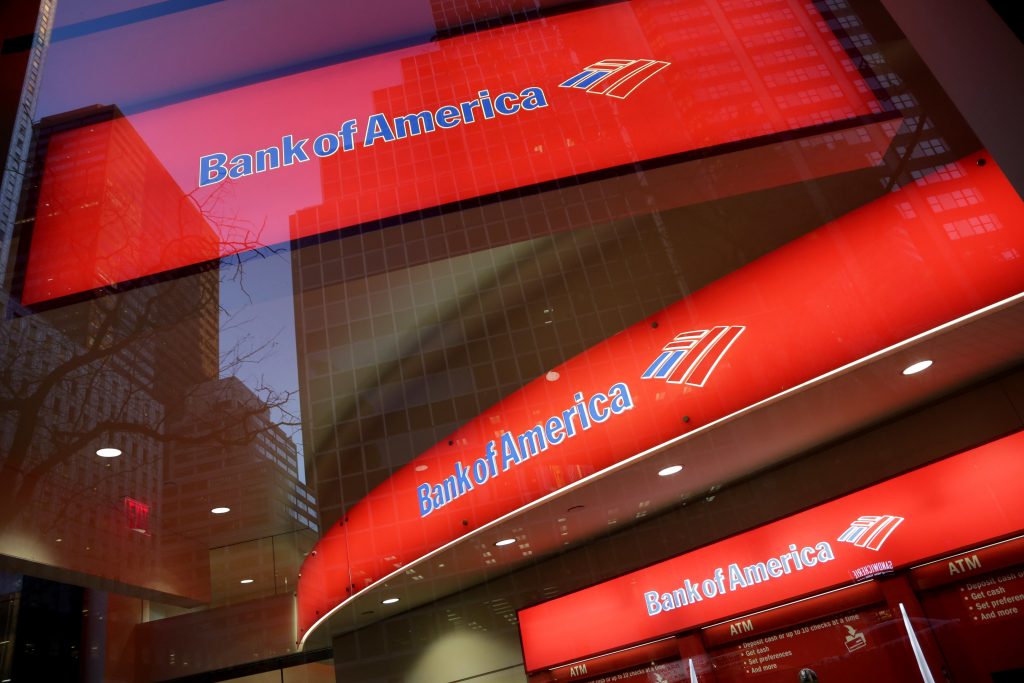 Bank of America’s earnings fell 20 percent in the second quarter, the bank said Monday, as historically low interest rates dented the bank’s profitability, just like it had done for its major competitors.

The results still beat analysts’ expectations, however. Analysts polled by FactSet expected the bank to earn 33 cents per share. Revenue at the nation’s second-largest bank by assets fell to $20.4 billion from $21.96 billion.

“We had another solid quarter in a challenging environment,” CEO Brian Moynihan said in prepared remarks.

The ultra-low interest rates led the bank to take an accounting charge of $1 billion in anticipation of more customers refinancing their mortgages at lower rates, which will mean lower earnings for the bank in the future. The charge was a large component of BofA’s drop in profits this quarter.

BofA’s consumer banking division, by far its largest business by revenue and profit, earned $1.72 billion, up from $1.66 billion a year earlier. Loans and deposits increased. BofA said it had the largest number of U.S.-issued credit card accounts since 2008.

As it has done for several years, BofA cut expenses sharply in the quarter by closing branches and reducing head count. The bank had 210,516 employees as of the end of the quarter, down roughly 6,000 from a year ago. The number of branches fell to 4,681 from 4,789. Total expenses fell roughly 3 percent year over year.