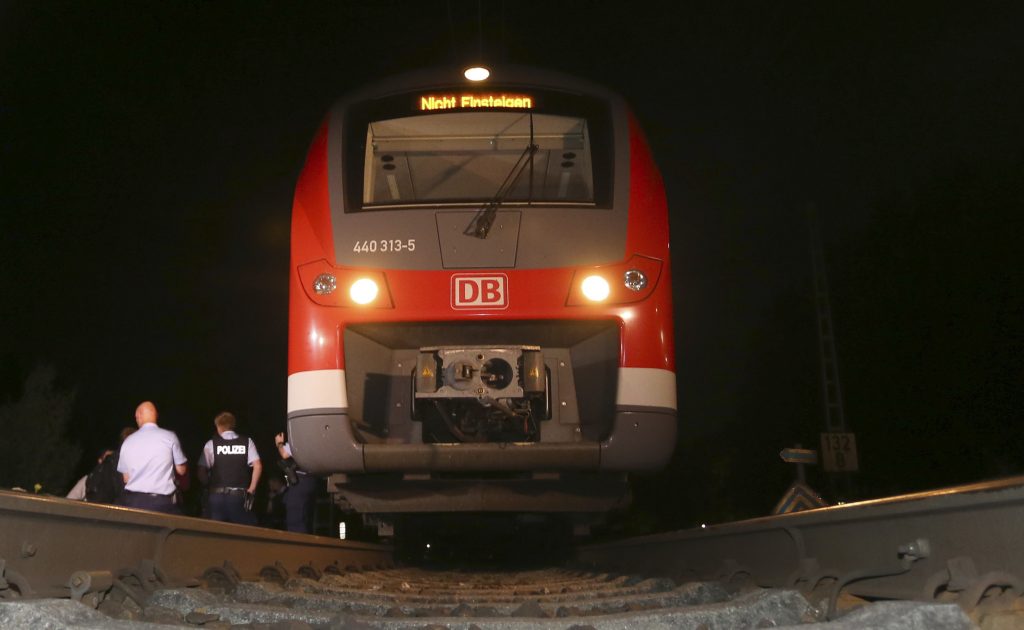 A teenage Afghan migrant armed with an ax and a knife attacked passengers aboard a regional train in southern Germany on Monday night, injuring four people before he was shot and killed by police as he fled, authorities said.

The attacker fled the train when it came to a stop at the town of Heidingsfeld, and was then pursued on foot by police. Two German security officials, speaking on condition of anonymity, said the man charged the officers yelling “Al-ahu Akbar” when he was shot.

Wuerzburg police said on its social-media page that three of the victims suffered serious injuries and one was slightly injured. Another 14 people were being treated for shock.

Germany last year registered more than 1 million migrants entering the country, including more than 150,000 Afghans. It was not immediately clear whether the suspect was among them, or had been in the country for a longer time. The assault occurred amid heightened fears in Germany about possible terrorist attacks four days after 84 people were killed in an apparent jihadist-inspired attack in the French Riviera city of Nice.

Herrmann said initial information indicated that the suspect came to Germany as an unaccompanied minor and had lived in the Wuerzburg area for some time, initially at a refugee facility in the town of Ochsenfurt and more recently with a foster family.

The train was on its way from the Bavarian town of Treuchtlingen to Wuerzburg, which is about 60 miles northwest of Nuremberg.