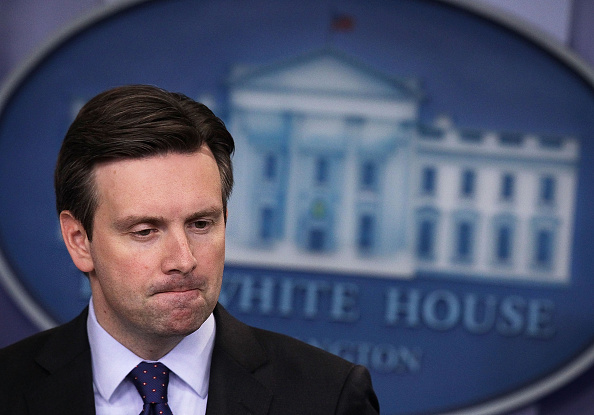 The Conference of Presidents has demanded an apology from White House Press Secretary Joshua Earnest over a disparaging comment made about Israel’s ambassador to the U.S. Ron Dermer.

When asked at a press briefing on Thursday if the White House could work with the new British Foreign Secretary Boris Johnson, who once made an insulting remark about President Obama, Earnest referred to the case of Dermer:

“I got questions of this variety when Prime Minister Netanyahu had announced that Ambassador Dermer would be the Israeli envoy to the United States. What I said in that situation is what I’ll say here,” Earnest said.

Dermer, a longtime confidante of Netanyahu, was a Republican party strategist in the 90’s before his appointment as ambassador, and in 2015 he arranged Netanyahu’s controversial speech to Congress about Iran with Republican Speaker John Boehner without informing the White House, a move that drew a strong rebuke from administration officials.

“We are disappointed and dismayed at comments made by the White House Press Secretary Joshua Earnest responding to a question regarding the appointment of Boris Johnson as the Foreign Secretary of Great Britain, in which he drew an inappropriate parallel to the appointment of Ron Dermer as Israel’s ambassador to the United States. These are unrelated events and the comparison unfounded. It appears to be a gratuitous comment and an apology is called for immediately,” Stephen M. Greenberg, Conference of Presidents Chairman, and Malcolm Hoenlein, Executive Vice Chairman and CEO, said in a statement.

Ex-London Mayor Johnson referred to Obama as the “part-Kenyan President [with an] ancestral dislike of the British Empire,” which might explain Earnest’s reaction.

Earnest went on to say that the U.S. and U.K.’s special relationship “transcends any single personality.”

“The decision we will make is to seek to deepen and strengthen our special relationship with the U.K., regardless of who serves in a position as prominent as foreign minister,” he said.