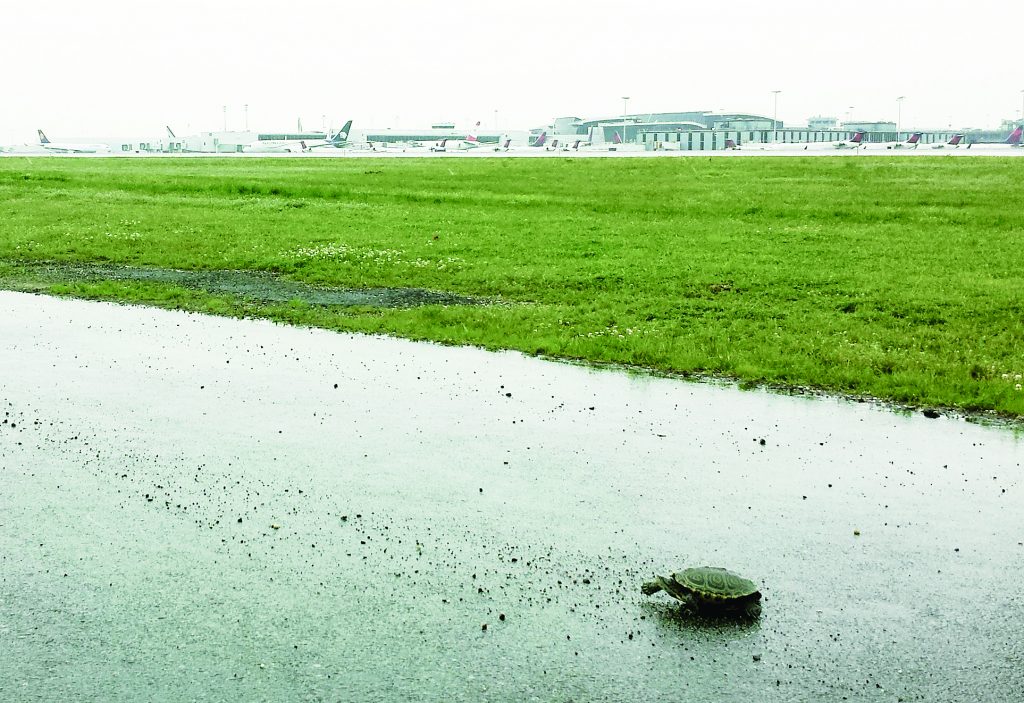 Of all the factors that could delay flights at Kennedy Airport, this one is probably the slowest: turtles.

Nearly 400 diamondback terrapins have turned up on the airport’s property this year, most near the sandy turf bordering runways where they lay eggs and build nests.

Some of the slowpoke visitors have managed to crawl onto the runways and taxiways, causing delays while workers round them up, the Port Authority said Friday.

“Anything can be a hazard to aircraft, even turtles,” said Laura Francoeur, the Port Authority’s chief wildlife biologist.

Officials said that it’s not uncommon to have delays of several minutes at a time while workers pluck turtles from the potential path of planes. The turtles are then measured, tagged and returned to a safe habitat.

That normal habitat is the nearby Jamaica Bay salt marshes. But each year, during a monthlong nesting season that peaks in mid-July, they find special spots for their eggs to hatch, mostly in the sand along the perimeter of the airport.

Two years ago, the Port Authority installed plastic barriers along the sandy edge to keep the turtles from taking runway walks. But that doesn’t deter the more adventurous ones.