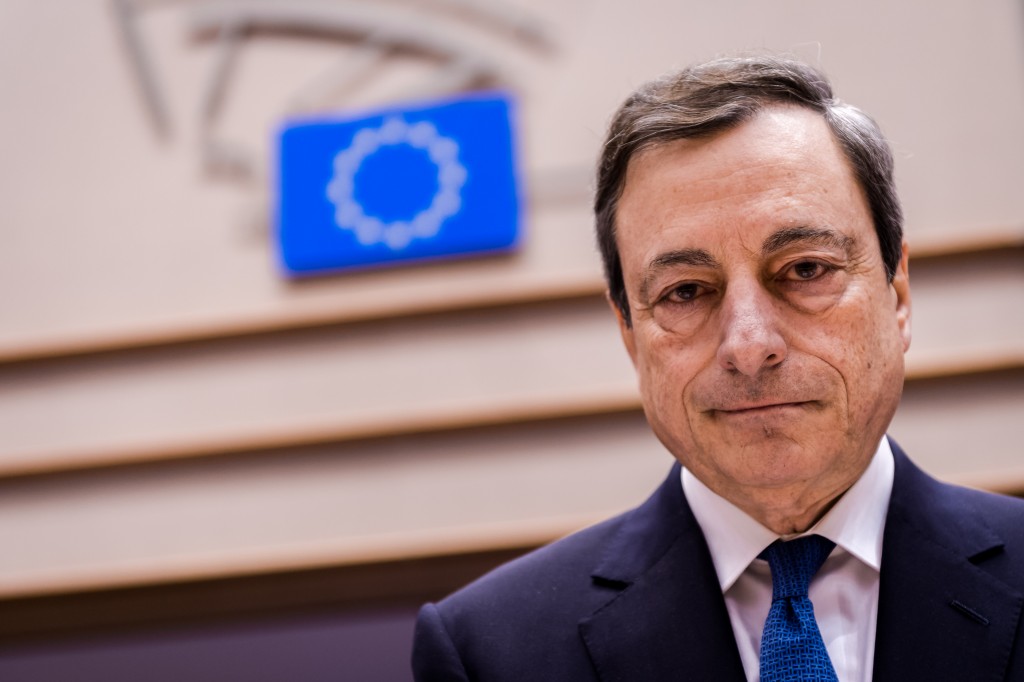 European Central Bank President Mario Draghi is likely to plead for governments to do more to boost the euro zone’s economy in the coming week as the fallout from Britain’s vote to leave the EU and weaker global growth threaten the bloc’s fragile recovery.

Governments in China, Japan and Britain have already started easing their fiscal stance or hinted at plans to do so as sub-par global growth and inflation show that central banks’ ultra-easy monetary policy has run up against its limit.

The ECB is not expected to change its monetary stance on Thursday, its last meeting before an eight-week summer break. But a reiteration of Draghi’s long-standing call for governments to spend more where possible and speed up growth-boosting reforms is once again likely to fall on deaf ears.

The only country with significant fiscal firepower, Germany, is reluctant to give up its budget surplus and has resisted any attempt to pool more money at the European level in the absence of greater power-sharing.

“We fear, therefore, that Mr. Draghi’s calls for a loosening of the purse strings will go unheard, at least for now,” economists at BNP Paribas said.

“As things stand, then, the burden of responding to the Brexit shock will remain with the ECB, which is all too aware that it has fewer and fewer tools with which to respond.”

Calls for greater fiscal spending have been intensifying, with OECD head José Ángel Gurría and doyen investor George Soros throwing their weight behind the argument in recent weeks.

The need for more stimulus was particularly visible in the euro zone, where unemployment is high in many peripheral countries and resentment towards the euro project is growing.

The recent slide in many governments’ borrowing costs on the bond market has been seen by some economists as providing more room for public investment.

So far, however, there is little to suggest that Europe’s fiscal stance is about to get looser.

In fact, European Union finance ministers agreed this week to sanction Spain and Portugal, two countries battling to emerge from a deep financial and economic crisis, for not doing enough to correct their excessive budget deficits last year.

Thursday’s ECB meeting is likely to bring tricky questions for Draghi about the effectiveness and sustainability of the ECB’s monetary policy and the state of Italian banks, struggling under the burden of bad debt.

Inflation expectations and German bond yields have slid since the British referendum on June 23, fueling speculation that the ECB may have to extend its money-printing program and will eventually run out of bonds to buy.

The ECB is unlikely to take further action before seeing updated inflation forecasts at its Sept. 8 meeting, taking comfort from a stabilization in financial markets after an initial Brexit shock.

But economists expect it to announce as early as the autumn that its 80-billion-euro asset purchase program will continue beyond its current end-date in March 2017.

A change to the technical terms of the bond purchases is also expected, to allay concerns about a scarcity of bonds to buy in some countries such as Germany.

The most palatable solution is likely to be scrapping a rule barring the ECB from buying more than 33 percent of any bond, so long as it does not have a Collective Action Clause.

Where there is a CAC, the ECB sets a limit of 25 percent, to avoid the risk of being a block to any debt restructuring.

Finally, Draghi is likely to try and assuage concerns about Italian banks, which are seen as particularly vulnerable to any downturn due to their 360 billion euro ($400 billion) pile of soured credit.

Shares in Italian banks have repeatedly come under pressure this year over concerns about those bad loans, which the ECB is anxious to see brought down.

The Italian government is in talks with the EU to provide aid to the troubled lenders, hoping to shield savers from any loss.

“[Draghi] is unlikely to be able to calm fears to the extent he did in January this year,” Societe Generale economists wrote in a note.