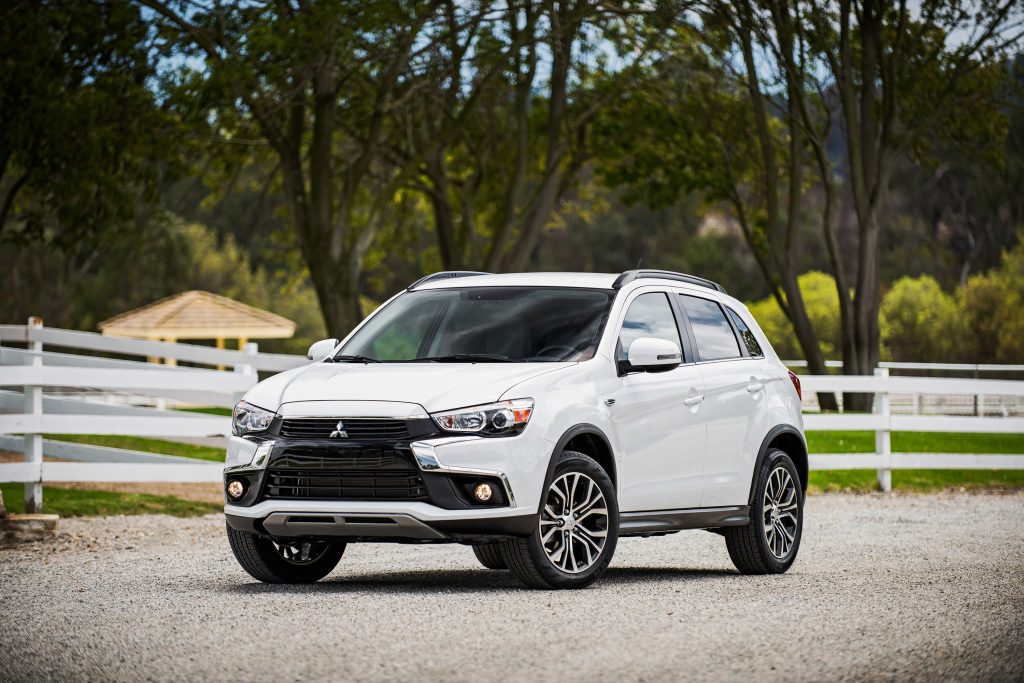 When I hear the name Mitsubishi, I think of in-wall air conditioners. I also think about the Zero airplanes that kamikaze pilots used to deadly effect against the U.S. and its allies during World War II.

I don’t necessarily think of automobiles. Which makes sense because — despite its long tenure in the U.S. market and some memorable products, such as the 3000GT and Lancer Evolution — the Japanese company has never quite snagged a significant share of the U.S. auto market. And while the company’s fun stuff has garnered fawning praise from automotive cognoscenti, it hasn’t won the hearts of mainstream Americans, who have two kids, a family pet and way too much lifestyle debris to haul around. And this is where the puzzle lies.

How can a company create some incredibly fun cars but then also turn around and unleash things as relentlessly ordinary as the Outlander Sport GT?

For 2016, the Outlander Sport received a front-end facelift along with revised interior furnishings. Styling is always a matter of personal preference, but this little buggy’s mug isn’t aesthetically pleasing, although it is distinct.

The same can’t be said, however, of the overall package, which is sized right in the heart of the market with a 171.5-inch overall length and 21.7 cubic feet of cargo space.

But its 168-horsepower four-cylinder engine, continuously variable automatic transmission with front-wheel or four-wheel drive provides enough gumption and traction to ensure you get across town and through inclement weather without a second thought. And uniquely, a five-speed manual transmission is offered, as is a slightly less powerful 148-horsepower 2.0-liter four-cylinder engine. The test vehicle even had paddle shifters mounted to the steering column, allowing for manual shifting.

And while the Outlander’s basic package was unchanged, its interior appointments were updated with a new steering wheel, new seat fabrics, a 6.1-inch infotainment screen and an auto-dimming rearview mirror. The audio system provides decent sound no matter how your music finds its way through the car’s processors. The cabin is acceptably quiet but not remarkably so. The seats are wide and accommodating, providing fairly good support. Thoughtfully, the cupholders accommodate larger bottles.

But given the choice, though, I’d pick a Mitsubishi air conditioner over this car.

Open the Outlander Sport’s doors and you’re greeted with an aroma that, thanks to the cabin’s cruel mix of hard plastic and accountant-friendly vinyl, brings to mind a Chinese shipping container filled with cheap plastic shoes. A large glass roof enhances the cabin’s spacious feel but, since it doesn’t open, fries occupants.

You might be able to overlook this if the car was a stunning performer, but it isn’t.

Power is adequate, but only if you put the transmission into Sport mode. Only by shifting manually can you extract any of the available fun. Leaving it in Eco mode, with its annoying Eco light going on and off, leaves you with a reluctant drivetrain that fails to excite the soul. While Sport mode seems overly excitable, Eco mode is too restrained, and a middle ground between the two isn’t offered. And, typical of modern cars, there’s no road feel from the electric power steering.

Handling is controlled at civilized speeds, with most bumps being absorbed without harshness. Push it hard, though, and you’ll find the engineers took their sake break. Although nimble, the Outlander Sport doesn’t feel sporty due to excessive body lean in corners. There’s not a scintilla of sport to justify this model’s GT badge, despite the oversized paddle shifters.

There’s nothing here that strays much above normal, aside from the interior’s abundance of nauseating off-gassing. In a field full of excellent choices, the Mitsubishi is merely OK. And while that’s not enough to not recommend it, it’s not strong enough to recommend it, either.

So skip any thoughts of an Evolution turned crossover. The Outlander Sport GT is a C student and a mediocre crossover from a conglomerate that makes exceptional air conditioners.