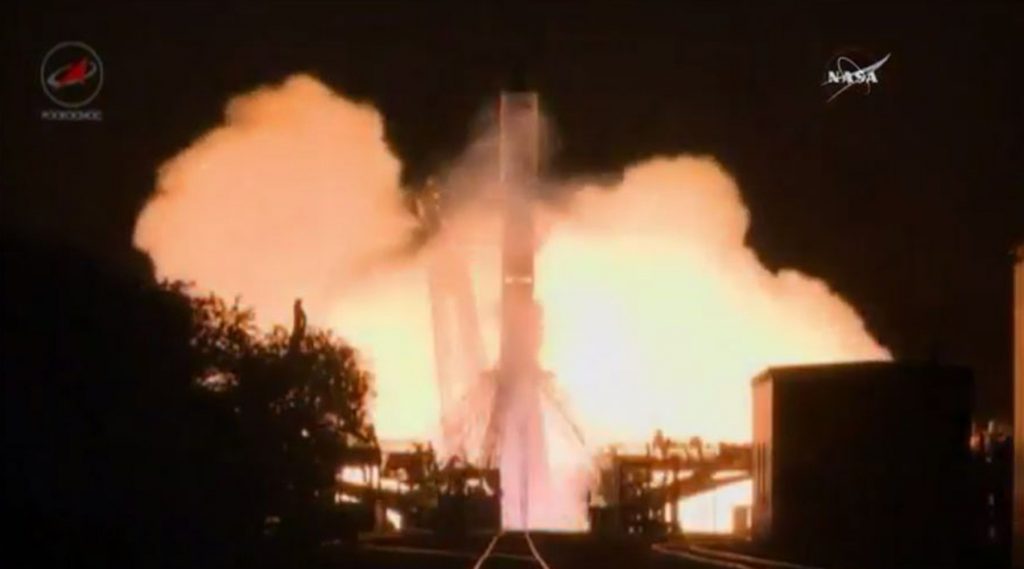 SpaceX aims to launch another load of space station supplies for NASA, including a critical docking port needed by new U.S. crew capsules set to debut next year.

The unmanned Falcon rocket is scheduled to lift off early Monday. Excellent weather is forecast for the 12:45 a.m. launch.

Aboard the rocket is a replica of the docking port destroyed in a SpaceX launch accident last summer. This is port No. 2. NASA needs at least one and preferably two of these ports for crew capsules under development by both SpaceX and Boeing.

Americans have been stuck riding Russian rockets to the International Space Station since shuttles stopped flying five years ago this month. The SpaceX Dragon and Boeing Starliner capsules will ease this Russian dependency.

SpaceX, meanwhile, will try to land its leftover booster back at Cape Canaveral Air Force Station, just a couple miles from the Falcon launch pad. The California-based company wants to reuse its rockets to save time and money. It’s only landed a used first-stage booster on land once, back in December. Three other boosters touched down vertically on an ocean platform, after delivering spacecraft to orbit.

The SpaceX Dragon cargo ship, meanwhile, holds about 5,000 pounds of food, science experiments and equipment. One-thousand pounds of that is the all-important docking port.

For the first time ever, the NASA press site at Kennedy Space Center will be evacuated for Monday’s launch attempt, as will the neighboring Vehicle Assembly Building and the rest of the former shuttle launch complex. A risk evaluation by the Air Force shows that the Dragon capsule, full of toxic fuel, could parachute down into this targeted area in the event of a launch failure. The wind is expected to be blowing right in the press site’s direction, thus the evacuation order.

Journalists as well as NASA and SpaceX public relations staff and VIPs have been ordered to find alternative viewing sites.

To save a cargo-laden Dragon in case of a launch accident, SpaceX added the option of releasing the capsule’s parachutes in just such an emergency. The change came after a Dragon and all its contents were destroyed when the Falcon rocket failed shortly after liftoff from Cape Canaveral in June 2015.

The SpaceX Dragon is the only supply ship capable of returning items to Earth from the space station, thus the original need for parachutes.